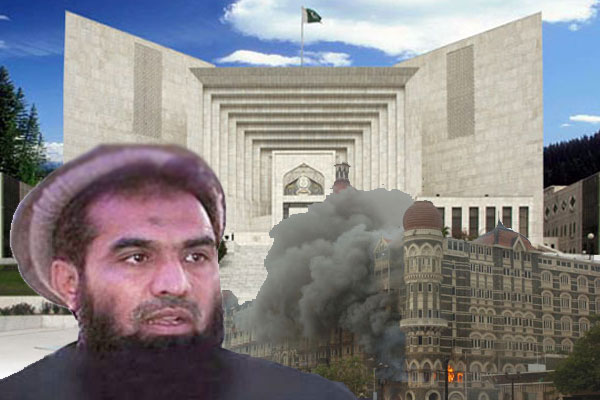 According to Geo TV, the case has been resubmitted by the SC to the Islamabad High Court (IHC) on grounds of hearing the arguments on merit of both parties without rushing through.

The case will be heard again on 12 January by IHC, the channel reported.

26/11 mastermind  Zakir-ur-Rehman Lakhvi was  sent to 14 days judicial custody on Jan 1 after the Pakistani government moved to the Supreme Court protesting the detention suspension order issued by the Islamabad high court.

The Pakistan Government earlier had challenged in the Supreme Court the suspension of the detention order of Lakhvi.

The move by the country's Interior Ministry  followed the Islamabad High Court's order  granting  conditional bail to  the Lashkar-e-Taiba commander on the purported ground that there was no evidence to prove his involvement in the 2008 attacks in Mumbai in which 166 people were killed.

Reacting strongly to the possibility of Lakhvi walking free,  India summoned Pakistan High Commissioner Abdul Basir recently to register its protest.  The next day the 26/11 accused was detained for the second time and a fresh case was registered against him allegedly for kidnapping a man.

Lakhvi, who  has been in a Rawalpindi jail from 2009 is one of the seven people being tried in Pakistan for the Mumbai attacks.

Indian intelligence agencies have submitted voice samples and other evidence of Lakhvi talking on satellite phones to the 10 terrorists who swooped on Mumbai to launch attacks in several landmark areas.