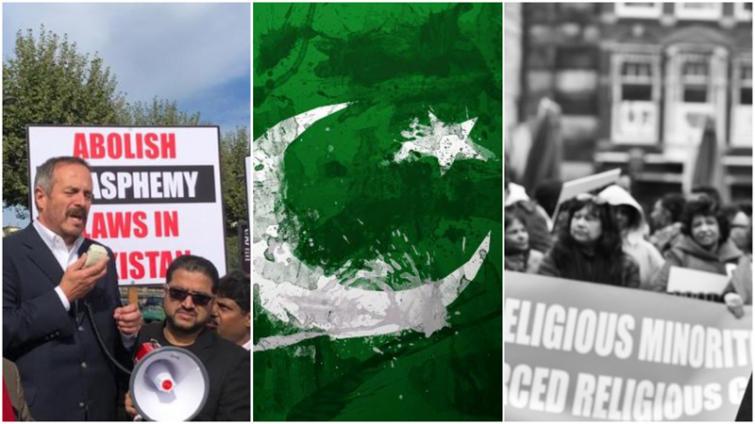 The report also showed the institutionalized discrimination faced by the religious minorities in the region.

The report objectively examines the nature of persecution faced by the various religious minority groups apart from presenting some brief case studies on oppression faced by women from these communities, EP Today reported.

The report deals separately with each religious minority be it Christians, Hindus, Sikhs or the Ahmadiyyas, and cites real-life examples from these communities. The report also specifically studies Pakistan’s discriminatory blasphemy laws and how this legislation is used to target the minority communities, reported EP Today.

A reference to the Asia Bibi case was also mentioned in the report.

Asia Bibi, a Pakistani Christian woman who was acquitted by the Supreme Court in a blasphemy case last year was earlier sentenced to death in 2010. Recently she left the south Asian nation for Canada.

Asia had spent years on death row after being convicted of blasphemy until she was released by the apex court of Pakistan.

The court had overturned her conviction last year because of insufficient evidence, but not before she spent nearly nine years in jail.

As per EP Today, the report, based on facts and figures, unveils a poor image of the present condition of religious minorities, who are marginalized socio-culturally, politically and economically.

As a result, the report concludes, the biases against the religious minorities, embedded in the Sunni Muslim-majority Pakistani society is manifested in various forms of targeted violence, mass murders, extrajudicial killings, abduction, rapes, forced conversion to Islam etc., making the Pakistani Hindus, Christians, Sikhs, Ahmadiyya’s and Shias one of the most prosecuted minorities in the region.

In the report, Pakistan has been directed to to take urgent measures to improve the condition of religious minorities.

"The report urges Pakistan to take urgent measures to improve the condition of religious minorities, failing which there would be a serious need for the European Union to re-evaluate the financial assistance from its budget to Pakistan," EP Today reported.