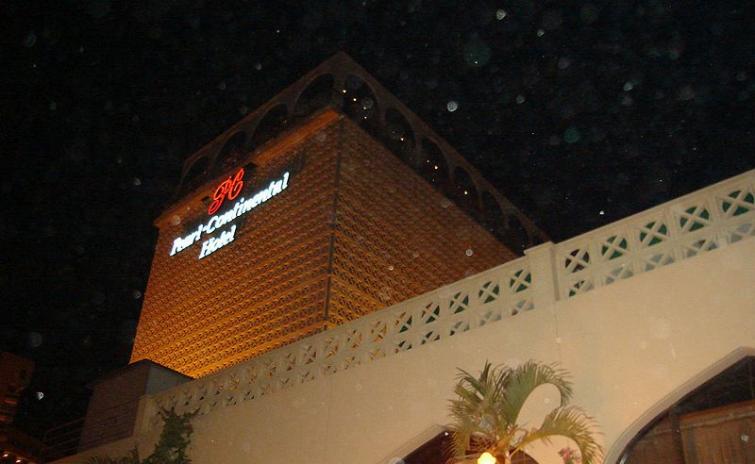 Islamabad, May 11 (IBNS): At least three to four armed terrorists have entered the Pearl Continental (PC) Hotel in the Pakistani city of Gwadar on Saturday.

A gunfight is currently going on between the terrorists and security forces, reports said.

"At around 4:50pm we got reports that there are three to four armed men in PC Hotel," the SHO told Dawn News, adding that "the firing is ongoing but there are no reports of any casualties yet".

The police official further said that "there are no foreigners at the hotel right now."

SHO Bangulzai told the newspaper that "additional police force, ATF (Anti-terrorism force) and army are all present" at the hotel to handle the situation.

Inspector General of Police (IGP) Mohsin Hassan Butt also confirmed to the newspaper that "two to three gunmen had first fired at and then entered the hotel."

Frontier Corps personnel have cordoned off the hotel and no one is allowed to go near the area, DawnNewsTV reported citing police sources.

The Pearl Continental is a five-star hotel.

It is often visited by business and leisure travellers.