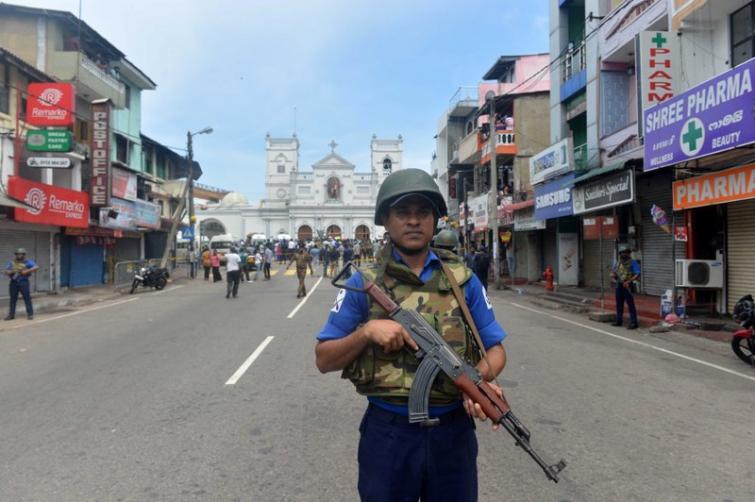 The groups are suspected to be behind the suicide bombings on churches and hotels while the wife and child of the suspected ringleader were wounded during a military raid in safe house, his family and police said.

"The National Thawheedh Jamaath (NTJ) and Jamathei Millathu Ibrahim were banned under his emergency powers," President Maithripala Sirisena said in a statement, nearly a week after the Easter Sunday attacks that killed more than 250 people, reported Colombo Page.

"Authorities could not act earlier to ban the two little known groups because the law required them to show firm evidence against them," officials said.

Police believe the suspected mastermind of the bombings, Mohamed Hashim Mohamed Zahran, led either the NTJ or a splinter group. Less is known about Jamathei Millathu Ibrahim, whose members are also believed to have played a role in the bombings.

Nearly 10,000 soldiers have been deployed across the island to carry out searches and boost security since the bombings in three churches and four hotels, most of which were in the capital Colombo.

Security forces have detained 100 people, including foreigners from Syria and Egypt, police said.

A gunbattle erupted on Friday evening during a raid on a safe house in Sainthamaruthu in Ampara district on the island's east coast, killing at least 15 people including three people with suicide vests and six children, a military spokesman said.

The wounded included the wife and a daughter of Zahran, his family said.

'"Zahran's driver was detained in a separate raid, according to a police statement. Bomb-making materials, dozens of gelignite sticks and thousands of ball bearings were found in a search of a separate house in the same area, along with Islamic State banners and uniforms," the military said.

Zahran appeared in a video released by ISIS days after the bombing, the only one showing his face while seven others were covered.

In the video, the men stand under a black ISIS flag and declare their loyalty to its leader, Abu Bakr Al-Baghdadi.