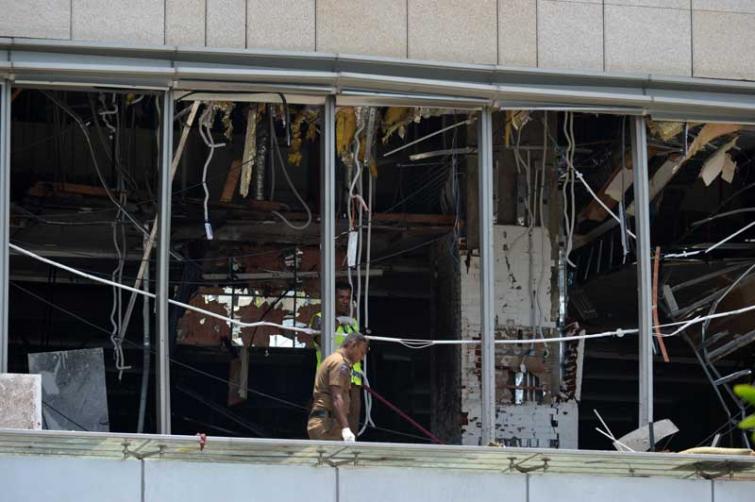 Moscow, Apr 22 (Sputnik): Sri Lankan police have detained five more people in connection with a series of deadly explosions that killed nearly 300 people across the country on Easter Sunday, bringing the total number of detained suspects to 29, local media reported on Monday.

According to News 1st broadcaster, that one of the suspects was detained in a suburb of the capital of Colombo and the police seized his means of communication.

Four more people were detained in the city of Gampola and in a suburb of Kandy, which is a big city in the central part of the island.

On Easter Sunday, Sri Lanka was hit by a series of coordinated bombings in churches and hotels in Colombo and other areas.

Local media reported that another explosion took place on Monday near St. Anthony’s church in Colombo.

Citizens of Denmark, Japan, Pakistan, Morocco, India, Bangladesh, China, the Netherlands, the United States, Turkey and the United Kingdom were among the victims of the explosions, according to the recent data.

The Russian Embassy in Sri Lanka said on Sunday that no Russian citizens had been among those killed and injured.