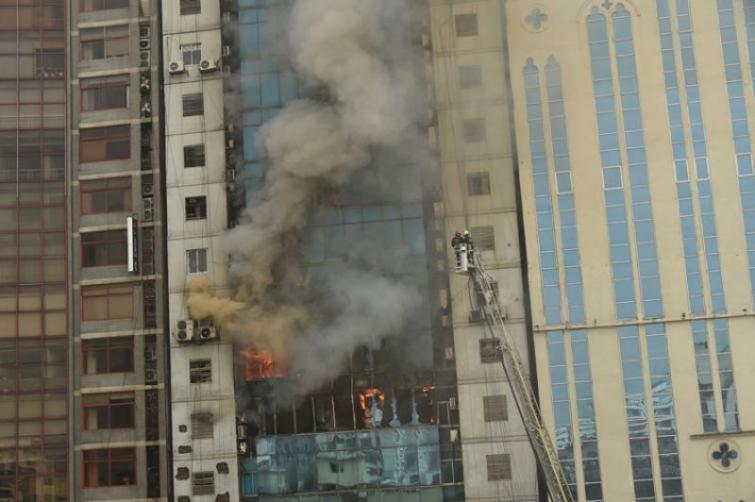 Dhaka, Mar 30 (IBNS): The death toll in the fire incident which broke out in a building in Bangladesh's Banani area of Dhaka city has touched 26, media reports said.

A massive fire broke out at the Dhaka high-rise on Thursday.

The latest victim in the incident has been identified as 41-year-old Abu Hena Mostafa Kamal.

He was the senior executive of the Heritage Air Express Travel Agency on the 11th floor of the tower, reported the Bangladesh based news portal.

According to reports,  a five-member panel has been formed to investigate the incident.