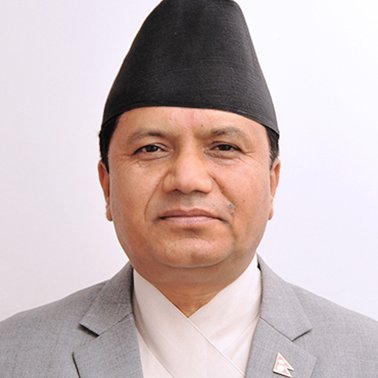 Kathmandu, Feb 27 (IBNS): All seven on board a helicopter, which was carrying country's tourism minister Rabindra Adhikari, were killed after it crashed in Nepal's Taplejung district on Wednesday, media reports said.

The Chief District Officer of Taplejung, Anuj Bhandari quoted the locals as saying they heard a loud bang followed by a sight of smoke and fire in the area, reported the newspaper.

The mishap reportedly occurred when the minister and others on board were  en route to Pathibhara Temple after attending a programme at Chuhan Danda in Panchthar to observe the under-construction airport.

The Himalayan Times reported two helicopters are already present at the incident site while two more helicopters of Nepal Army are flying to the area.