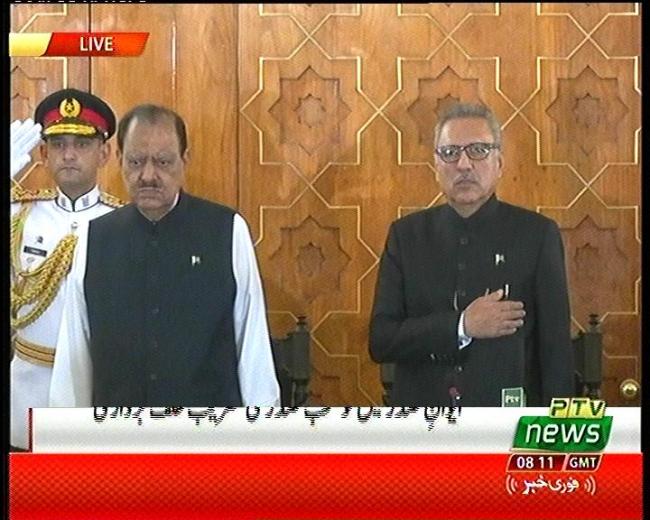 He has become the 13th President of the nation.

As per local media reports, Pakistan PM Imran Khan and his cabinet attended the ceremony led by Chief Justice Saqib Nisar, along with armed forces chiefs and senior Islamabad-based diplomats.

Alvi was earlier elected as the 13th President of the country.

Arif Alvi received 353 electoral votes, Fazlur Rehman 185 and Aitzaz Ahsan 124 votes, the ECP said in a statement, as per a Geo News report.

Meanwhile, the US has wished the new Pakistan President after he took an oath and said the nation is looking forward to work with the South Asian country.

"The United States and the American people congratulate Dr. Arif Alvi on his swearing in as the new President of the Islamic Republic of Pakistan.The United States looks toward working with Pakistan to advance our shared interests, such as regional peace, stability, and prosperity," US Department of State said in a statement.