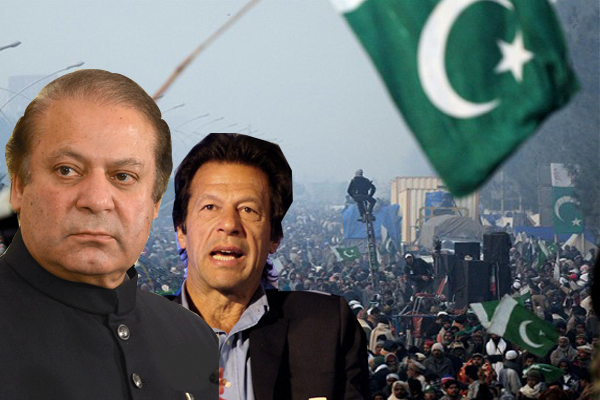 Islamabad, July 24 (IBNS): Amid tight security, Pakistan is all set to vote to elect a new National Assembly and provincial assemblies on Wednesday.

Before the elections, the campaigning period witnessed terror attacks which even left several candidates killed.

The main contest in the poll will be held between Pakistan Muslim League-Nawaz (PML-N) and cricketer-turned-politician Imran Khan's PTI.

The political battle will also see the participation of the Pakistan Peoples Party (PPP) of Asif Ali Zardari and Bilawal Bhutto.

The period of campaigning for the polls ended on Tuesday midnight.

Nawaz Sharif's PML-N will be working hard to earn a second term.

In a major blow to Nawaz Sharif ahead of the general elections, a Pakistani court on July 6 handed over the former Prime Minister of the country 10 years jail term over his family’s purchase of upscale London flats.

Sharif was awarded ten years of jail and fined eight million pounds by the Pakistani court.

Nawaz Sharif's daughter Maryam, who is also a prominent political figure in Pakistan,  was also sentenced to eight years in jail and fined two million pounds by the court.

They were arrested on July 13 after they reached Pakistan from London.

They are currently lodged in Adiala jail in Pakistan.

Meanwhile, in an audio message, Sharif urged people to vote for his PML-N in the upcoming polls on July 25.

The audio message of the ex-PM has been shared on his daughter Maryam's Twitter handle.

In his audio message, Sharif said: "I, Mohammad Nawaz Sharif, is speaking from the prison and the historic day of July 25 is just around the corner."

"Set out of your homes after the Fajr prayers on July 25, with utmost resolve and determination, and vote for Muslim League-Nawaz for your dignity and sanctity of your vote," he said.

Polling is scheduled to start at 8 am on Wednesday.

"As many as 12,570 candidates are contesting for a total of 849 seats of national and provincial assemblies in the general election," reported Geo News.

"Around 1.6 million electoral staff are to be on duty on the election day. 449,465 policemen will be deployed, out of which 202,100 will be posted in Punjab and Islamabad while 100,500 will be stationed in Sindh. In Khyber Pakhtunkhwa, 87,269 policemen will be on duty," reported the news channel.