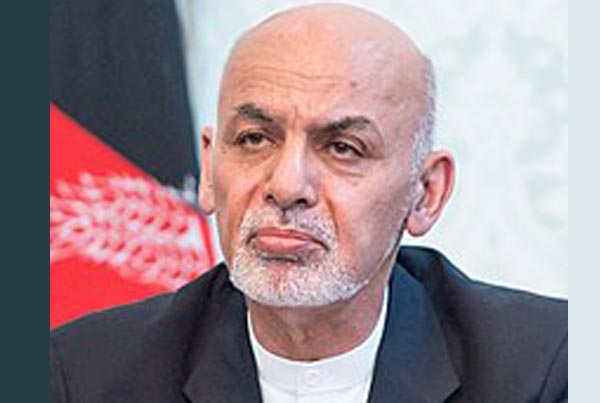 Kabul, June 15 (IBNS): Afghanistan President Ashraf Ghani on Friday confirmed the death of senior Tehrik-e-Taliban Pakistan (TTP) leader Mullah Fazlullah, who has been gunned down during a drone strike in his country.

I spoke with Prime Minister of #Pakistan Nasirul Mulk and Chief of Army Staff General Qamar Javed Bajwa and confirmed the death of Mullah Fazlullah. His death is the result of tireless human intel led by #Afghan security agencies.

He said he urged the Pakistan PM and COAS to take practical steps to bring Afghan Taliban residing in Pakistan to the negotiation table.

I urged the PM and COAS to take practical steps to bring Afghan Taliban residing in Pakistan to the negotiation table. The PM and COAS congratulated me on the success of the ceasefire and called it a great achievement that both sides observed the ceasefire with full compliance.

The Afghan President said the death of Fazlullah will improve the relations of his country with Pakistan.

They also assured me that the death of Fazlullah is a great step toward building trust between the two nations and promised to support Afghan led and Afghan owned peace process.

It stated that four other TTP commanders were also among the deceased.

They have been identified by the outlet as Abu Bakr, Sajjad, Emran and Mawlawi Omar.

Claiming the strike, US Forces-Afghanistan spokesman Lieutenant-Colonel Martin O’Donnell told Tolo News, "US forces conducted a counterterrorism strike, June 13, in Kunar province, close to the border between Afghanistan and Pakistan, which targeted a senior leader of a designated terrorist organization."

Meanwhile, the Afghanistan government has entered into a ceasefire agreement with the Taliban.

Speaking about the pact, O'Donnell said that while his men adhered to it, they targeted other terrorists groups.

"US Forces-Afghanistan and NATO-led Resolute Support forces continue to adhere to the Government of the Islamic Republic of Afghanistan's unilateral cease-fire with the Afghan Taliban, announced by H.E. Afghan President Ashraf Ghani, which began on the twenty-seventh day of Ramadan.

“As previously stated, the cease-fire does not include US counterterrorism efforts against IS-K (Daesh), Al-Qaeda, and other regional and international terrorist groups, or the inherent right of US and international forces to defend ourselves if attacked. We hope this pause leads to dialogue and progress on reconciliation and a lasting end to hostilities," he said.