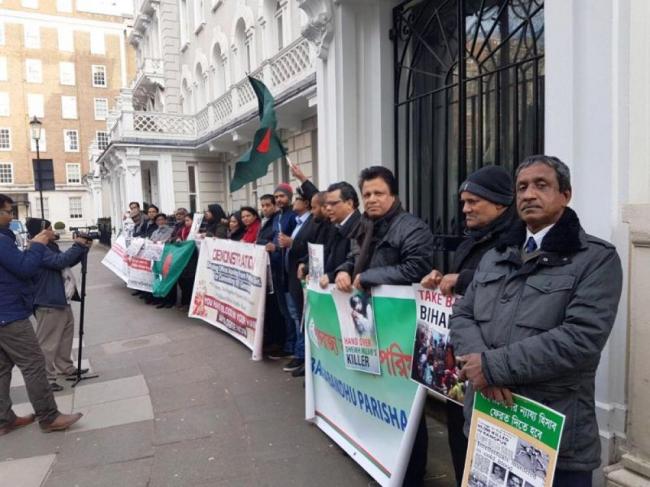 Bangladeshis in London demand apology from Islamabad for 1971 genocide, protest outside Pak HC

The protest was organised in the UK city by a group called Bangabandu Parishad.

The agitators were seen holding banners and placards in their hands, demanding an apology from Islamabad.

The genocide in Bangladesh started on Mar 26, 1971, with the launch of Operation Searchlight when West Pakistan began a military crackdown on the Eastern wing of the nation to suppress Bengali calls for self-determination rights. 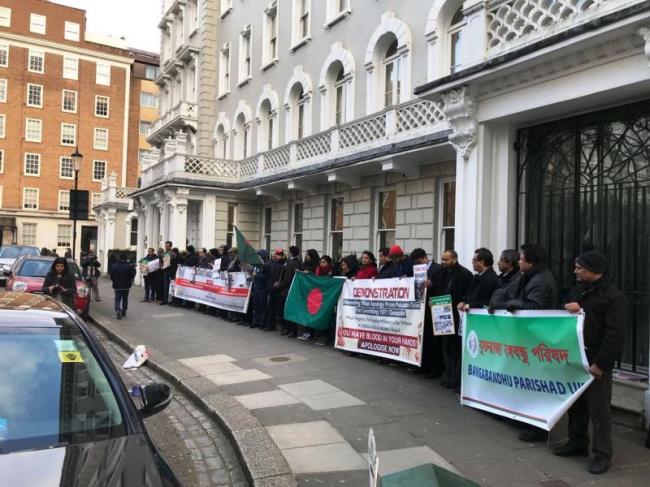 During the nine-month-long Bangladesh war for independence, members of the Pakistani military and Islamist militias from Jamaat-e-Islami killed and raped Bangladeshi people in largescale.

The South Asian Bengali speaking nation with the help of India witnessed a fierce struggle for attaining freedom during that period. 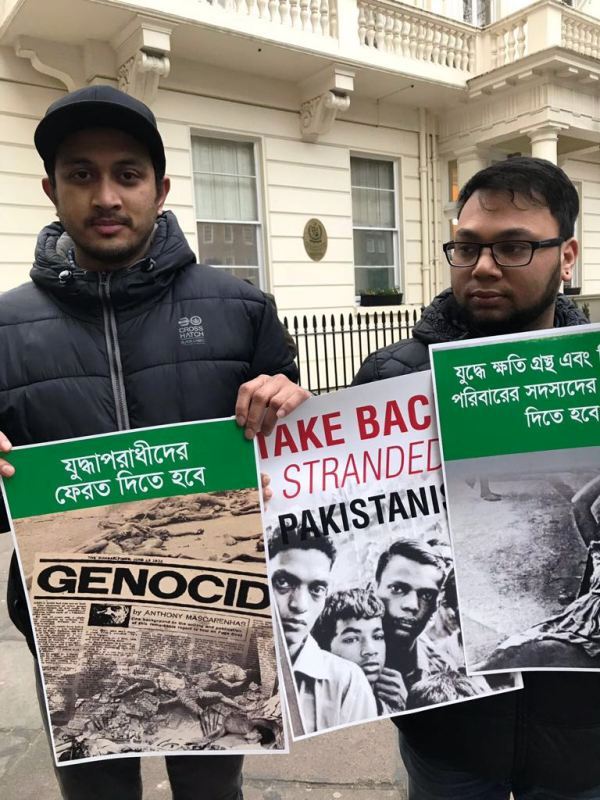