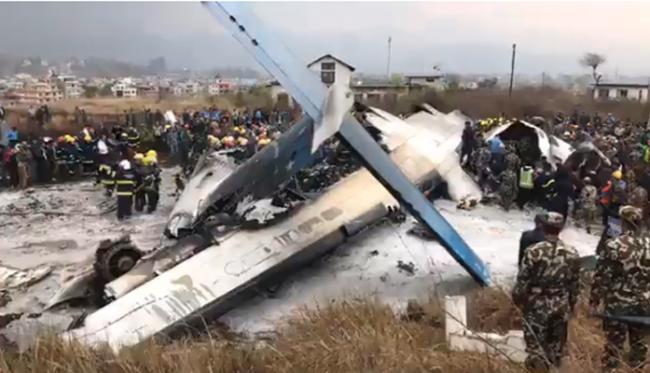 The plane, which was coming from Dhaka, Bangladesh, crashed at the airport in Kathmandu, the capital of Nepal.

The plane crashed in the airport fence followed by the coming out of the flames.

The plane was operated by the US-Bangla airlines.

Army spokesperson Gokul Bhandari told The Times Of India that 50 dead bodies have been recovered so far.

Thick plumes of smoke were seen after the plane crash.