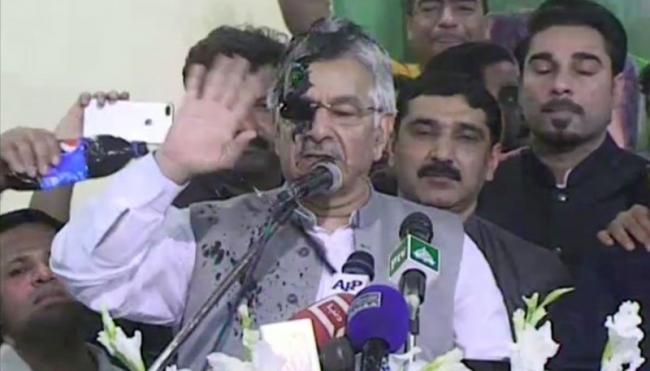 Asif was addressing a Pakistan Muslim League (Nawaz) workers' convention in Sialkot city of Punjab on Saturday when the saga unfolded.

Immediately after the incident, furious PML-N workers nabbed the perpetrator and manhandled him before handing him over to the police.

However, the lawmaker urged the policemen to release him and said, "Someone gave him some money and sent him to throw ink at me but release him because I don't have any enmity with him."

"This incident doesn't affect my politics because there are still thousands of people praying for me," he was quoted as saying by the local Dawn News.