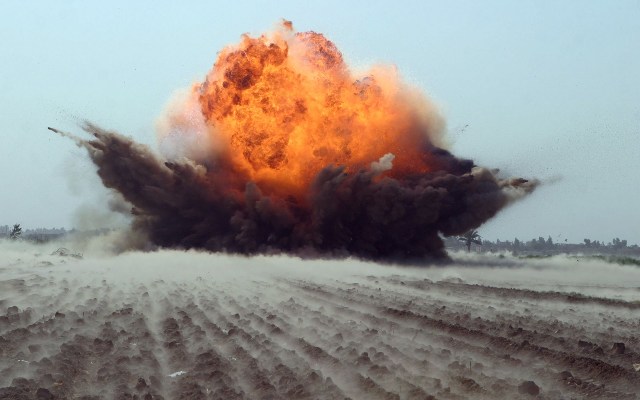 According to initial reports, a roadside bomb exploded on Quetta-Sibbi road just as a police vehicle carrying 35  personnel passed the  the Sariab Mill area.

The nature of the blast has yet to be ascertained.

The reported quoted Civil Hospital Quetta Spokesperson Wasim Baig as having confirmed  seven casualties. He said  eight injured had been brought to the medical facility where emergency has been imposed.

Balochistan Home Minister Sarfaraz Bugti while condemning the attack confirmed that six policemen had lost their lives in the attack while 22 others were injured and being treated at the Civil Hospital and Combined Military Hospital (CMH) in Quetta.

team from Lahore would arrive in Quetta tomorrow to help determine the cause of the blast.

"The war against terrorism is not over. Balochistan is on the forefront of this fight and we will not stop until there is not a single terrorist left in the area," the home minister said.