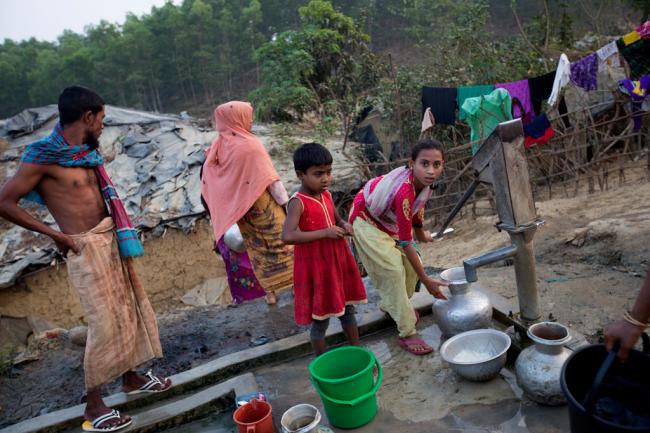 “We welcome the release of the comprehensive report of the Advisory Commission on Rakhine state and take note of its emphasis on issues related to identity and citizenship, particularly its call for freedom of movement for all people,” said UN Spokesman Stéphane Dujarric told reporters at on Thursday's regular press briefing in New York.

He also acknowledged its endorsement “to address the root causes of violence and reduce inter-communal violence.”

“We look forward to reviewing the report's recommendations further,” Dujarric continued, saying that in the meantime, the UN recognizes the significance of the Government's establishment of the Commission – which was led by former UN Secretary-General Kofi Annan – and “the importance of its mandate to analyze the situation of all communities in Rakhine state and draft recommendations toward conflict prevention, reconciliation, institution building and long-term development, as well as humanitarian services.

The Spokesman concluded by affirming that “the UN stands ready to support the Government's implementation of the recommendations for the betterment of all communities in Rakhine state.”

The report is the outcome of more than 150 consultations and meetings held by the Advisory Commission since its launch in September 2016. Its members have travelled extensively throughout Rakhine state, and held meetings in Yangon and Naypyitaw, Indonesia, Thailand, Bangladesh and Geneva.