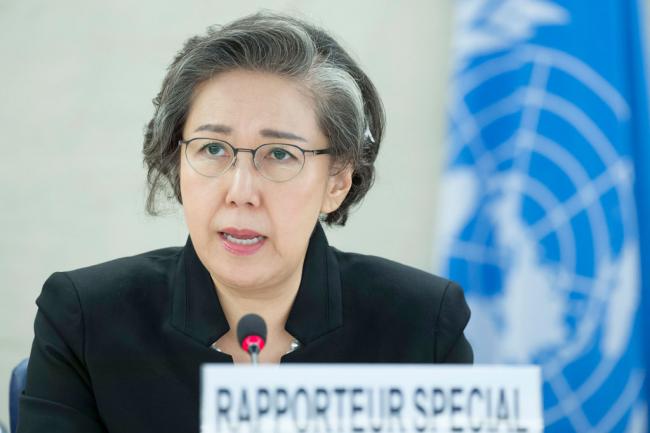 Myanmar: UN expert urges Government to do more to protect rights of all children

“I stand ready to assist in any way I can to achieve a Myanmar where the rights and fundamental freedoms of all are respected and fully realized,” said the Special Rapporteur on human rights in Myanmar, Yanghee Lee, in her remarks to the UN Human Rights Council in Geneva.

She reminded the Government that this obligation extended to all children within its jurisdiction, including all those from the Rohingya minority living in Rakhine state.

She expressed concern that at least 13 children were being held by police in Rakhine, stressing that detention should be strictly “a last resort.”

She also called for an immediate Government investigation into the death in custody of one of the 13, to fully probe the circumstances including why the death was not reported for four months.

Lee also expressed concern about the situation of Rohingya children who have fled Myanmar, especially the reported recent rise in the number of child brides among women and girls now living in neighbouring countries.

She also expressed shock at the recent case of a girl working as a domestic servant and who had been abused by her employers.

On a more positive note, Lee congratulated Myanmar on becoming a mid-ranked country in the human development index.

Special Rapporteurs and independent experts are appointed by the Human Rights Council to examine and report back on a specific human rights theme or a country situation. The positions are honorary and the experts are not UN staff, nor are they paid for their work.