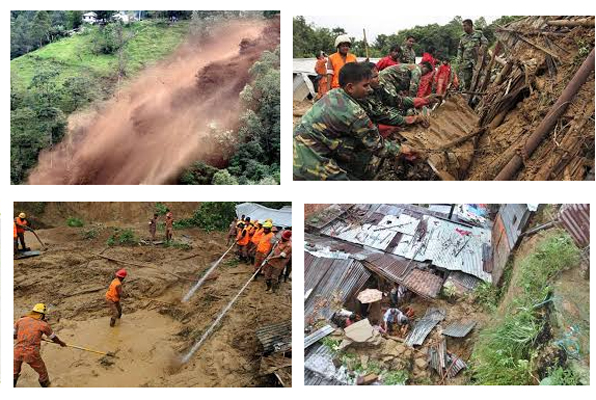 Heavy monsoon rains have triggered the landslides in the Asian nation.

As per media reports, four members of Bangladesh Army were also killed in the tragedy.

The Army men were killed in landslides when they were attempting to  remove mud from Rangamati-Chittagong highway at Manikchhari of Rangamati district.

Prime Minister Sheikh Hasina has expressed shock over the loss of lives in the tragedy.

Country's disaster management and relief minister Mofazzal Hossain Chowdhury Maya was quoted as saying by Prothom Alo: "Many more victims might have got trapped. A total of 18 shelter homes have been opened in the hill areas and some 4,500 people have taken shelter there."