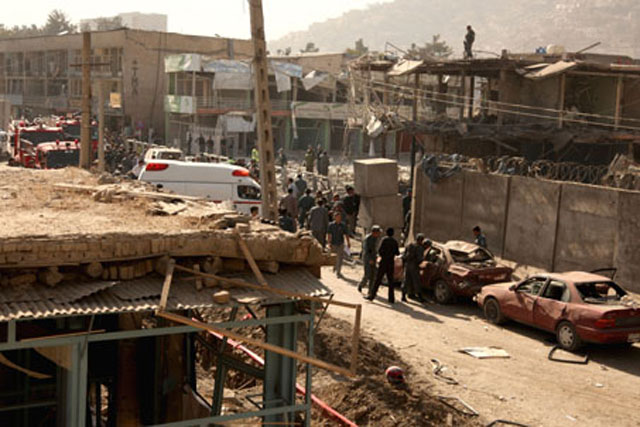 Afghanistan: After attack on funeral in Kabul, UN envoy calls for urgent measures to halt cycle of violence

India Blooms News Service | | 05 Jun 2017, 12:07 am
#Afghanistan, # attack on funeral, # Kabul, # UN, # halt cycle of violence
New York, June 4 (Just Earth News): Denouncing on Sunday's deadly attack on a peaceful funeral procession in Kabul as â€œmorally reprehensible and bereft of humanity,â€ the top United Nations official in Afghanistan said that after a week of violence across the long-troubled country, â€œnow is the time to seek unity and solidarity.â€

“I urge everyone not to respond to violence with more violence, said Tadamichi Yamamoto, the UN Secretary-General's Special Representative for Afghanistan, expressing heartfelt condolences to family and friends of the victims, all civilians, “who once again suffered indescribable loss on Sunday.”

He noted that on Sunday's attack, which reportedly killed at least seven people and wounded dozens of others attending a funeral in the Afghan capital, was “conducted by those opportunistically seeking to use these very fragile moments to destabilize Afghanistan.”

Yamamoto underscored that the incident “follows so much violence this week across the country, in Khost, in Kabul and in other provinces,” referring to a truck explosion on Wednesday that reportedly killed nearly 100 people and wounded hundreds of others near the presidential palace and foreign embassies. Just yesterday, he urged restraint amid ongoing protests that broke out in the capital in the wake of that attack.

“In the context of so much suffering, now is the time to seek unity and solidarity,” underscored Yamamoto, who is also the head of the UN Assistance Mission in Afghanistan (UNAMA). He added that he has spoken with a broad spectrum of the country's political leaders, highlighting the importance of unity. They agreed that working together is essential to stop the cycle of violence, he said.

“Calm is now called for. Ensuring security in Kabul is an urgent priority, as this city continues to experience the highest number of civilian casualties,” he continued, reiterating that the ultimate objective in Afghanistan must be a negotiated peace.

“Meaningful steps must take place now to obtain an immediate, nationwide halt to violence. I encourage all parties to enter discussions toward that end. The United Nations stands ready to help,” said the envoy.

He also urged all members of the international community to help put an end the cycle of violence and support the foundations of a lasting peace. The upcoming Kabul meeting on regional peace and security provides an immediate opportunity in that regard.

“I am in constant contact with members of the diplomatic community to work together to ensure coherent support,” Yamamoto concluded.