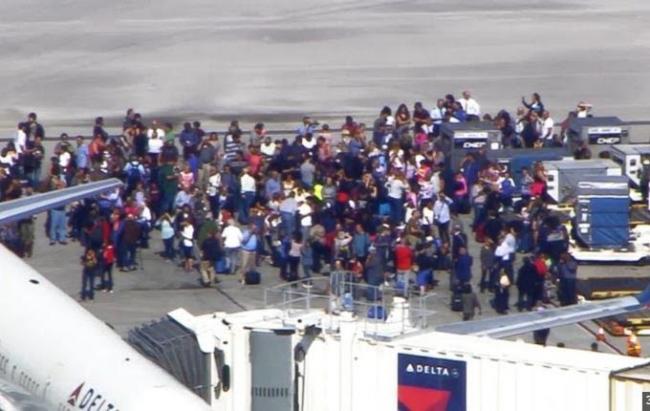 The gunman has been reportedly identified as Esteban Santiago, 26, who was carrying U.S. military identification.

Santiago had served from 2007 to 2016 in the Puerto Rico National Guard and Alaska National Guard including a deployment to Iraq from 2010 to 2011, said reports.

On Friday, he arrived on a flight to Fort Lauderdale with a checked gun in his bag.

On receiving his luggage, he went inside the bathroom and then when he came out, Santiago resorted to firing.

The firing left five killed and several injured. All the injured were taken to hospital.

"This is a fluid situation. 5 dead. 8 initially injured. 37 others injured after incident. All injured taken to BHMC & Memorial Regional," The Broward Sheriff's Office tweeted.

Santiago was taken into custody soon after.

The County has established a toll-free number for passengers and family members to call at 866-435-9355.

Florida Governor Rick Scott tweeted that "All agencies 'working hard' and in unison."