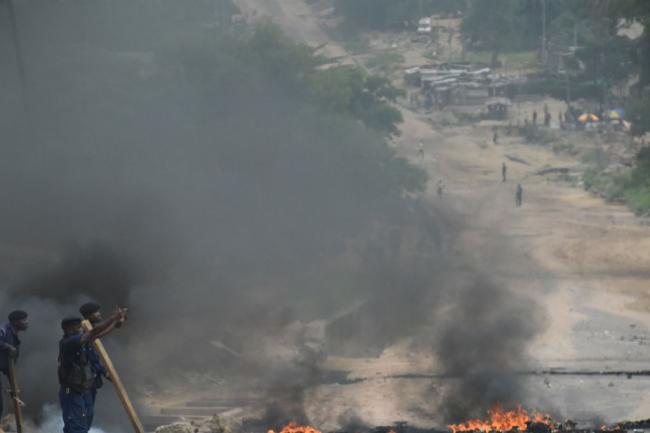 India Blooms News Service | | 22 Dec 2016, 09:56 am
#DR Congo, #Ban Ki moon
New York, Dec 22 (Just Earth News): Calling on Congolese political leaders to place the interests of the country and its people above partisan considerations, United Nations Secretary-General Ban Ki-moon said on Wednesday that he is keeping a close eye on the situation in the Democratic Republic of the Congo (DRC) as the mediation led by the ConfÃ©rence Ã©piscopale nationale des Ã©glises du Congo (CENCO) resumes.

In a statement issued by his spokesperson, Ban added that it is very important to eliminate tensions and create a safe environment for the completion of the CENCO-facilitated dialogue, followed by timely, credible and transparent elections.

“The Secretary-General deplores the reported loss of life in confrontations between the security forces and protesters, including in Kinshasa,” the statement continued, stressing the need for the national security forces to exercise the utmost restraint in the maintenance of public order. The UN chief also called on the DRC authorities to investigate any acts of violence and ensure the perpetrators are held accountable.

In addition, the Secretary-General in his statement encouraged the new government led by Prime Minister Samy Badibanga to take concrete steps, in line with the 18 October political agreement. He also urged all parties involved to exercise maximum restraint in their actions and statements, and discourage the use of violence among their supporters.