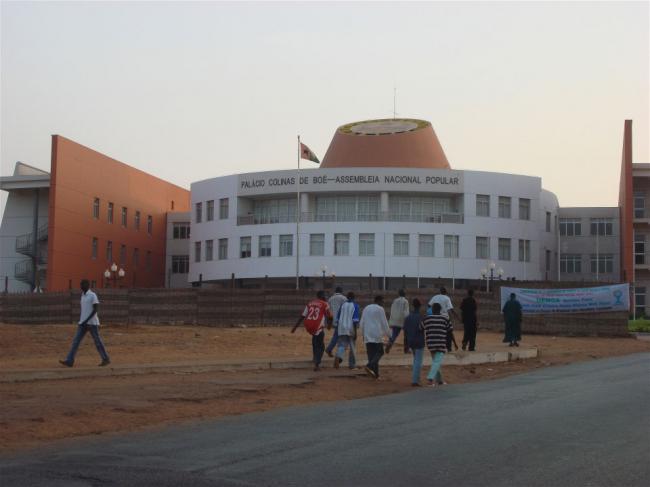 India Blooms News Service | | 22 Dec 2016, 09:37 am
#Guinea-Bissau, #Ban Ki moon, #UN
New York, Dec 22 (Just Earth News): Expressing concern over the impact of a prolonged political and institutional crisis in Guinea-Bissau, United Nations Secretary-General Ban Ki-moon urged the country's leadership to work towards a long-lasting political solution to the crisis on the basis of a regional roadmap agreed in September this year.

“The Secretary-General shares the concern expressed by the Heads of State and Government of the Economic Community of West African States (ECOWAS) on 17 December over the prolonged political and institutional crisis in Guinea-Bissau, which continues to negatively impact the people of the country,” read a statement issued by Ban's office late yesterday.

“He calls on Guinea-Bissau's political leadership to demonstrate the requisite commitment and goodwill to reach a lasting political solution to the crisis in their country on the basis of the ECOWAS Roadmap and the Conakry Accord,” it added.

According to the statement, the UN chief also took note of the ECOWAS Authority decision to proceed with the withdrawal of its mission in Guinea-Bissau (ECOMIB) in the first quarter of 2017.

“He expresses the hope that such withdrawal will be contingent on the preconditions stipulated in the ECOWAS Roadmap and adequate consultation with international partners, including the UN,” the statement added.

Ban also expressed his appreciation to the Heads of State and Government of ECOWAS, in particular the ECOWAS Mediator for Guinea-Bissau, President Alpha Condé of Guinea, and the Chairperson of the ECOWAS Authority, President Ellen Johnson-Sirleaf of Liberia, for their continuing efforts aimed at ensuring the full implementation of the ECOWAS Roadmap and the Conakry Accord.