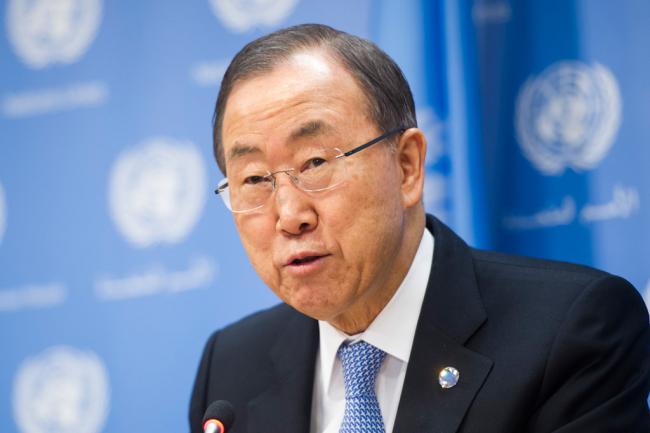 India Blooms News Service | | 15 Dec 2016, 08:28 am
#Ban Ki moon, #Gambia, #Gambia military takeover
New York, Dec 15 (Just Earth News): Expressing dismay at the takeover of the Independent Electoral Commission (IEC) premises by the military in Gambia, United Nations Secretary-General Ban Ki-moon called on the security forces to immediately vacate the Commission and to refrain from any further acts that could jeopardise efforts towards the peaceful transfer of power.

“This action violates the independent status of the Commission under the Gambian constitution, and could compromise the sensitive electoral material under the IEC's custody,” said Ban, according to a statement issued by his office.

“He condemns this outrageous act of disrespect of the will of the Gambian people and defiance towards the international community at a time when a high-level Economic Community of West African States (ECOWAS) delegation was in the country to broker a peaceful transfer of power,” the statement added.

It further noted that the UN chief reiterated his call for a peaceful, timely, and orderly transfer of power, in full respect of the will of the Gambian people as expressed in the presidential election.

On Saturday, Ban as well as the UN Security Council had expressed concerns at the outgoing Gambian President's rejection of the outcome of the election and had urged all parties to exercise maximum restraint, refrain from violence and remain calm.

The UN chief had, in particular, urged the country's defence and security forces, to refrain from any statements or actions that may lead to violence or unrest.