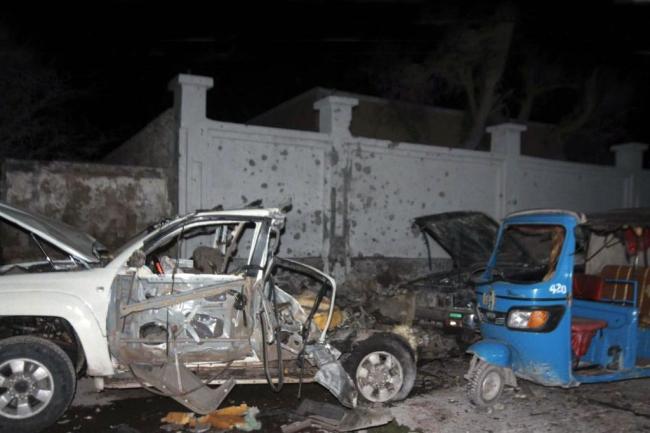 India Blooms News Service | | 12 Dec 2016, 09:51 am
#Terrorism, #UN envoy, #Somali, #Somali capital
New York, Dec 12 (Just Earth News): Condemning â€“ in the strongest possible terms â€“ a terrorist attack outside the seaport in Somalia's capital, Mogadishu, the Special Representative of the United Nations Secretary-General (SRSG) for the country said that the bloody act will not stop the momentum of the electoral process.

According to a news release issued by the UN Assistance Mission in Somalia (UNSOM), responsibility for this morning's suicide truck bombing was claimed by the al-Shabaab terrorist group. Most of the victims of the attack were civilians.

“This latest atrocity by al-Shabaab militants, taking place on a religious holiday, provides fresh evidence of their disregard for the lives and hopes of Somali citizens,” said SRSG Michael Keating in the release.

“The bombing may be intended to signal al-Shabaab's rejection of the 2016 electoral process. If so, it is a bloody and deeply counterproductive way to do so, and won't have the desired result. Terrorism will not stop the momentum,” he added.

According to the UNSOM news release, an al-Shabaab spokesman told news media outlets that they had targeted security personnel assigned to the seaport facility because they “had been trained to provide security for so-called elections.”

The Mission further noted that most of the voting for the House of the People has been completed, with 226 of the 275 seats now finished and nearly all remaining seats expected to be filled in the coming week.

Last week, Somalia's National Leadership Forum determined that the election of the President will take place by the end of December, it added.

In the release, Keating also praised the role of the Somali and African Union Mission in Somalia security forces in protecting electoral sites around the county, adding that security in Mogadishu, a sprawling city with millions of people, remains the greatest challenge.