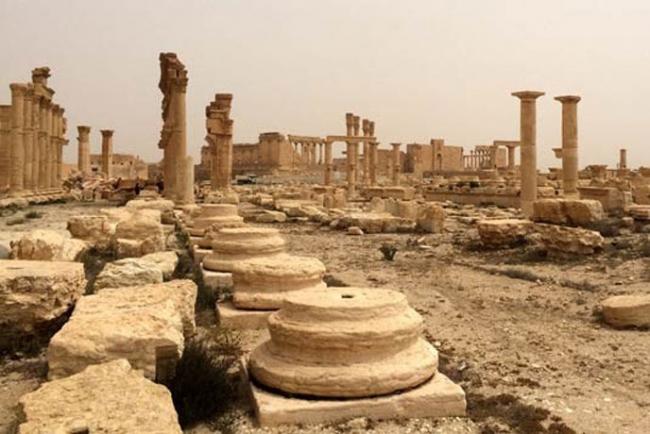 India Blooms News Service | | 28 Oct 2016, 08:14 am
# Destruction, # cultural heritage, # attack on people, # fundamental rights, # UN
New York, Oct 28 (Just Earth News): When cultural heritage is under attack, it is also the people and their fundamental human rights that are under attack, a United Nations expert warned the UN General Assembly, issuing an urgent call to step up international action against the destruction of heritage such as monuments, historic sites and sacred places.

“Afghanistan, Iraq, Libya, Mali and Syria are all in our minds on Thursday, but many more countries are to be added to this list, where acts of intentional destruction harm all, target free thinkers and disproportionately affect people belonging to minorities,” the Special Rapporteur on cultural rights, Karima Bennoune, stressed yesterday in her briefing to the Assembly’s main body dealing with social, humanitarian and cultural issues (Third Committee).

Highlighting challenges and solutions to the problem of deliberate destruction of cultural heritage, and stressing that it must be considered a human rights issue, Ms, Bennoune noted that such ongoing destruction in the war-plagued Yemen is a particular source of concern.

According to Special Rapporteur, in order to protect cultural heritage, including precious monuments, sites and sacred places, the first step that has to be taken is protecting human rights and people.

She also emphasized that armed conflict is among the root cause of heritage destruction, as well as indiscriminate attacks which failed to distinguish between military targets and civilian infrastructure, deliberate targeting, and acts based on an inappropriately broad definition of military necessity.

The Special Rapporteur suggested that holistic strategies which promote human rights and peace-building are solutions to the problem, and they must be integrated into the human rights-based approach to the issue.

“It means consulting the people who have particular connections with heritage when seeking to determine whether they wish to rebuild or reconstruct such heritage and if so, how and when,” she said.

In Bennoune’s opinion, it is important for States to fight extremism and fundamentalist ideologies, sectarianism, and discriminatory attitudes, in accordance with international standards, while promoting respect for human rights, tolerance and pluralism.

In the end of her report, the Special Rapporteur paid tribute to all those who had sacrificed their lives to preserve world’s cultural heritage.

“In many cases we must consider cultural heritage professionals on the frontlines of the struggle against destruction as human rights defenders,” Bennoune stated, adding that it is vital that we ensure their safety and security, grant them asylum, and create necessary work conditions for them.