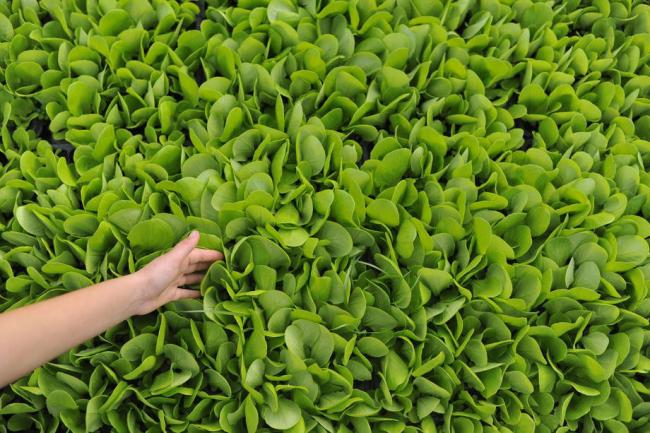 India Blooms News Service | | 18 Oct 2016, 07:58 am
#Sustainable food, # 2030 Agenda, # UN
New York, Oct 18 (Just Earth News): Opening its 43rd plenary session in Rome on Monday in the wake of major global agreements on sustainable development and climate change, the main United Nations body focused on food security and nutrition, called for an urgent transformation of the worldâ€™s food system and nutrition to eradicate all forms of extreme poverty, hunger, and malnutrition by 2030.

In her opening remarks, Amira Gornass, the Chair of the Committee on World Food Security (CFS), stressed the importance of establishing a “sustainable food systems is in essence working to achieve the food security and nutrition-related targets of the 2030 Agenda.”

According to José Graziano da Silva, the Director-General of the UN Food and Agriculture Organization (FAO), who also addressed the meeting, “there is a clear failure of food systems to deliver healthy diets to people,” as more than half of the world population suffers from one or more forms of malnutrition, including hunger, micronutrient deficiency and obesity.

As such, Graziano da Silva encouraged people to turn to CFS for answers, stating, however, that efforts to tackle nutrition and food systems will require extended partnership, including action from diverse stakeholders, as noted by Elisabeth Rasmusson, the Assistant Executive Director of the UN's World Food Program (WFP).

“We must renew our efforts to build more sustainable food systems, which are better able to withstand changing weather patterns and extreme events and respond to nutritional needs -- building resilience into our food systems, mitigating the risks, and ensuring we are more prepared for climate shocks in the future,” she added.

The key goals of the food system transformation must be achieved in “an increasingly adverse context where population growth, a shrinking resource base, climate change and urbanization will challenge our ability to find new ways of working and interacting,” added Graziano da Silva.

In addition, the President of the International Fund for Agricultural Development (IFAD), Kanayo F. Nwanze stressed the urgency of the issue by saying: “We need to do more, do it better, faster and together [...] to transform rural areas into places where people can live fulfilling lives, and plan for a bright future; where every one of the world’s three billion rural people is able to adapt to climate change; and were each day starts and ends with access to food that is nutritious and plentiful.’

In addition to acting as the UN system’s guiding body for food security and nutrition debates, CFS is structured to allow participants from civil society, the private sector, other UN agencies and international financial institutions, research bodies and other non-state actors a voice in policy decisions. This plenary, the 43rd, has set a record with more than 1,400 registered participants, according to FAO.

Delegates will also endorse two sets of policy recommendations, one regarding the role of livestock in sustainable agricultural development and another regarding the importance of connecting smallholders to markets.