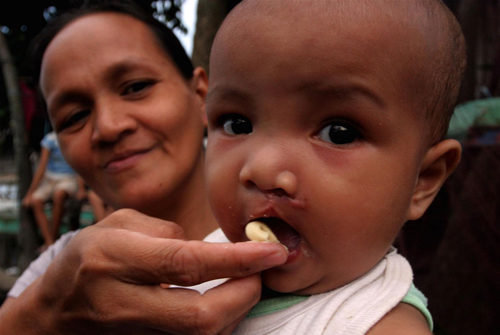 The decision comes from the Codex Alimentarius Commission, the UN food safety standards body jointly run by FAO and WHO, which sets standards to promote safer and more nutritious food for customers worldwide. Codex standards serve in many cases as a basis for national legislation, and provide the food safety benchmarks for international food trade.

The Commission’s annual meeting this week was attended by representatives from 170 countries and the European Union, as well as 30 international governmental and non-governmental organizations.

The countries agreed that infants and young children are particularly vulnerable to the toxic effects of lead, suffering profound and permanent adverse health effects, particularly to the brain and nervous system. Often found in the environment, lead can end up in ingredients that are used in the production of infant formula. Levels can be controlled and monitored by sourcing raw materials from areas where lead is less present.

As well, long-term exposure to arsenic can cause cancer and skin lesions, and has been associated with developmental effects, heart disease and diabetes. Ingested arsenic can also severely damage the nervous system and brain. Like lead, arsenic is found in the environment and is naturally present at high levels in the groundwater and soil in parts of the world. The danger is that it can enter the food chain by being absorbed into crops from water and soil.

Even more alarming is that rice, a major staple food for millions of people, absorbs arsenic more than other crops. This is particularly concerning in Asian countries, where paddy fields are irrigated with groundwater containing arsenic-rich sediments pumped from shallow tube wells. Improved irrigation and agricultural practices can help reduce contamination. Another method is to grow crops in raised beds instead of flooded fields.

On veterinary drugs, the Commission recommended that their use should be restricted in food-producing animals in order to prevent residual amounts of the drugs remaining in meat, milk, eggs or honey. Countries also agreed on maximum levels of pesticide residues and additives in foods as well as maximum levels of contaminants, including toxins called fumonisins that are produced by mould growing on maize.

A mother in Mindanao, Philippines, feeds her baby with high-protein paste during a feeding programme for survivors of tropical storm Washi. Photo: IRIN/Jason Gutierrez