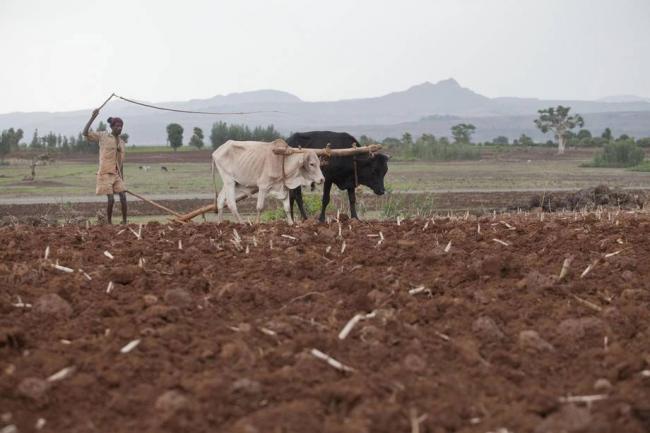 In a news release late last week, the UN Food and Agricultural Organization (FAO) highlighted that if the floods worsen later this year, there could be outbreaks of crop and livestock diseases, further reducing agricultural productivity and complicating recovery.

El Niño is the term used to describe the warming of the central to eastern tropical Pacific that occurs, on average, every three to seven years. It raises sea surface temperatures and impacts weather systems around the globe so that some places receive more rain while others receive none at all, often in a reversal of their usual weather pattern.

While El Niño, and its counterpart La Niña – which is caused by cooler waters in the Pacific Ocean – occur cyclically, in recent years, mainly due to the effects of global climate change, extreme weather events associated with these phenomena, such as droughts and floods, have increased in frequency and severity, according to UN agencies.

“We must make sure that farmers will be able to plant between now and September and grow enough food to feed themselves and their families thus avoiding millions of people having to rely on food assistance for another year,” added  Allahoury.

According to FAO, the urgency is due to the country’s main agricultural season, meher, that produces up to 85 per cent of the nation’s food supplies. The season starts as early as mid-June for some crops, with planting ongoing until August for others.

To ensure the last remaining planting window of the year is met, an estimated $8.8 million is needed to provide root crop planting materials, legumes, vegetable and cereal seed to 530,000 households.

“Ethiopia needs urgent global support to respond to its humanitarian needs, we have no time to procrastinate,” stressed  Allahoury.

Additionally, according to the recently released Mid-Year Review of the Ethiopia Humanitarian Requirements Document, developed jointly by the Government of Ethiopia, UN agencies, non-governmental organizations and other development partners, some 900,000 additional households need urgent agricultural support bringing the total number to 2.9 million in August.

It added that the overall food security situation has improved only slightly, with the number of people requiring emergency food assistance having decreased from 10.2 million to 9.7 since the beginning of the year.

FAO has estimated that meeting additional agricultural sector needs will require $45 million bringing the total requirement for the agriculture sector to $91.3 million for 2016.

According to meteorological reports, a La Niña event is 55 per cent likely for October to November.

According to the UN agricultural agency, it will have two major impacts on the country: flooding in the dominantly highland areas and additional drought in the lowland livestock-dependent areas of Oromia and Somali regions.

In response, the agency is supporting the Government to prepare a contingency plan to address the upcoming needs.

Furthermore, in its response to the ongoing food security crisis in the horn of Africa country, FAO has already provided agricultural inputs to 127,000 households, number some 635,000 people, in drought-affected regions. It has also provided critical support to livestock-owning families: providing livestock feed, fodder seed to rejuvenate pasture, and rehabilitated water points for livestock.

The agency has also supported the Government to vaccinate and treat some 1.4 million animals. However, large numbers of animals has been weakened by the drought and are exposed to diseases as the result of the recent floods. The organization is planning to expand the vaccinations and treatment campaigns.

In order to increase the coverage of both farmers and livestock keepers affected by the drought and current floods, FAO requires $10 million by the end of September 2016.