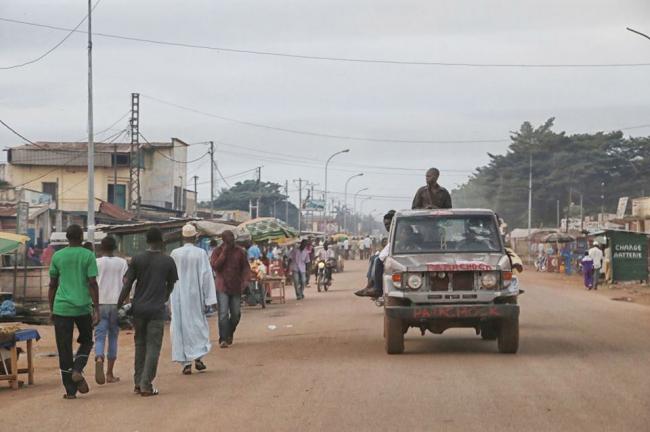 India Blooms News Service | | 12 Aug 2016, 10:58 pm
#Central African Republic, #cholera, #UN
New York, Aug 12 (Just Earth News): Amid the difficult humanitarian situation in the Central African Republic (CAR), the World Health Organization (WHO) and partners are stepping up efforts to respond to a recent cholera outbreak in villages along the Oubangui River and have stressed the urgent need for more resources and support for the country.

A cholera outbreak was declared on 10 August, with 46 confirmed cases and 13 deaths from from Djoujou, Damara and Bangui cities, according to a news release issued yesterday by WHO.

“This cholera outbreak in villages along the banks of the Oubangui simply compounds the already worrisome health security needs for the people in the CAR who have already suffered so much from the effects of a protracted humanitarian crisis due to war and displacement,” Michel Yao, WHO’s Representative to CAR, said.

WHO and the country’s Ministry of Health and Sanitation have activated a cholera control command centre which includes all humanitarian partners on the ground with taskforces covering case management, surveillance, water, sanitation and hygiene, risk communication and social mobilization, logistics, security and management of dead bodies.

Patients who reached Bangui, the capital, are being cared for in a WHO-supported medical centre, with treatment supplies from stocks that were already pre-positioned as part of the country’s cholera preparedness for the rainy season.

Moreover, a mobile team of health partners is conducting water source treatment and community engagement activities in villages along the Oubangui River, according to WHO.

“The continuing crisis in the country, including insecurity in some areas has exacerbated existing challenges with disease surveillance, which is essential to enable early detection and an efficient response to outbreaks such as cholera,” warned  Yao.

He also underscored the urgent need for additional resources to enhance disease surveillance as well as support to restore health services, especially as many public health threats still exist.