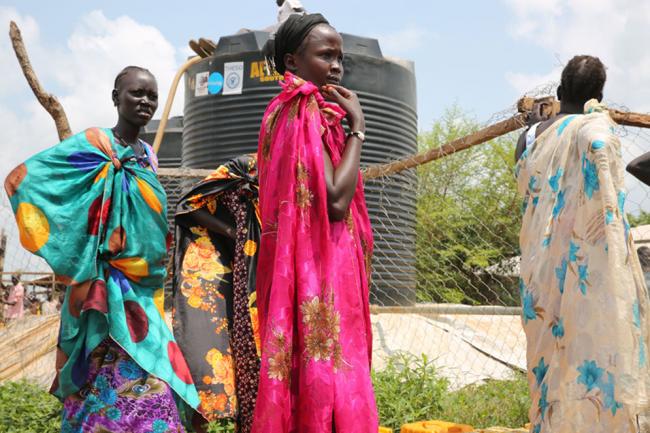 India Blooms News Service | | 27 Jul 2016, 11:06 pm
#South Sudan, #cholera, #UN
New York, July 27 (Just Earth News): The United Nations and its partners are rushing to ramp up support for South Sudan's fight to contain a cholera outbreak through measures, including an oral vaccination campaign to reach over 14,000 people and the creation of treatment and rehydration centres.

Across the country, 271 cholera cases have been reported, including 14 deaths since 12 July 2016.

“Cholera is an acute diarrhoeal disease that causes massive loss of body fluids and can be deadly within hours if not adequately treated,” Dr. Abdulmumini Usman, Country Representative of the World Health Organization (WHO) for South Sudan, said in a press release.

WHO is taking all the necessary control measures to support the Ministry of Health to respond to the situation urgently, and put an end to this outbreak, he added.

With the conditions favourable for transmission of cholera due to increased population displacement, overcrowding, poor hygiene and sanitation, this outbreak could further exacerbate an already weak health system which is also battling malnutrition, measles and malaria.

“The risk of further spread of diseases is a major concern. With the coming rains, it is realistic to expect an increase in malaria and water-borne diseases. Consequently, we can expect medical needs to increase in an environment where WHO and partners are already working hard to keep up with existing health needs,” says Dr. Abdulmumini.

A National Cholera Taskforce, comprising the Ministry of Health, WHO, the UN Children's Fund (UNICEF), Médecins Sans Frontières (MSF) and other partners, has been activated and is providing oversight and coordination for the response to the cholera outbreak.

WHO, with support from partners, has established a cholera treatment centre capable of treating 100 patients at Juba Teaching Hospital, while strengthening disease surveillance and comprehensive disease investigation, including following up on people who may have come into contact with the disease.

WHO, along with the Ministry of Health and partners, was set to launch an oral cholera vaccination campaign from Tuesday at various sites including communities in Gorom and Giada and special populations such as internally displaced people in Tomping, in order to reach over 14,000 people.

Additionally, WHO and partners are supporting social mobilization and community engagement activities. The media is currently airing cholera prevention messages and a toll-free phone line to report cholera cases has been activated.

WHO and partners have delivered supplies including tents and cholera kits that provide treatment for 400 people. To improve case detection and treatment of cholera, WHO has also distributed cholera preparedness and response guidelines.

With 4.4 million people in need of health assistance, funding is urgently needed to respond to the rising needs. The South Sudan Humanitarian Response Plan launched earlier this year requests $110 million, of which $31.3 million, or 29 per cent, has been received.

Of this amount, WHO requires $17.5 million for this year, of which only $4.3 million has been received.

“We have this opportunity to save, improve and protect the health of millions of people before it gets worse,” said Dr. Abdulmumini. “WHO is committed to containing the cholera outbreak in South Sudan but, without urgent funding, we cannot implement most of the planned interventions. We need donors and partners to urgently fund our operations.”