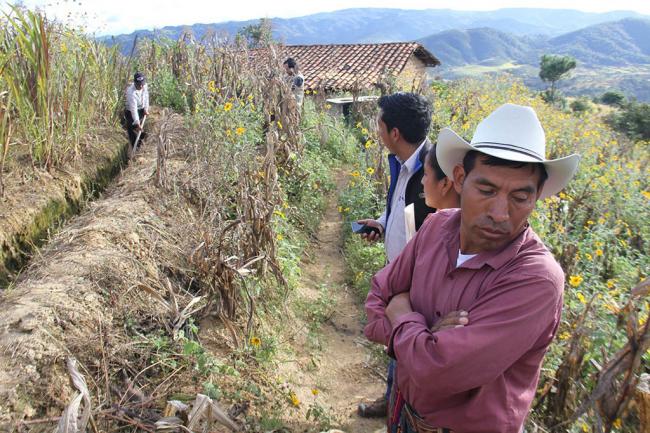 “We need to a focus on resilience, inclusive sustainable development, and climate change adaptation,” said José Graziano da Silva, Director-General of the UN Food and Agriculture Organization (FAO), at a high-level meeting at FAO headquarters in Rome, Italy.

He called for changing the traditional response strategy from mounting a humanitarian response to each emergency, to tackling the structural causes of poverty and food insecurity.

The focus of the meeting is Central America’s Dry Corridor, where El Niño has led to one of the worst droughts in decades with 3.5 million people food insecure. Of that figure, 1.6 million is moderately or severely food insecure. The situation is also putting at risk the livelihoods of millions of small-scale family farmers in the Dry Corridor, many of whom are heavily dependent on subsistence agriculture.

Organized by FAO, the International Fund for Agricultural Development (IFAD) and the World Food Programme (WFP), the The Dry Corridor: Impacts and Priorities for Long Term Action to Build Resilience for Food Security and Nutrition event emphasized building resilience for food security and nutrition for the most vulnerable populations in the affected countries, and included a round-table session with ministers from Guatemala, Honduras, El Salvador and Mexico.

In his remarks, Graziano da Silva noted that the strategic alliance between the three Rome-based UN organizations as well as South-South cooperation efforts will be fundamental to eradicating hunger and poverty in the Dry Corridor, adding that the scale of the challenge requires the support of the entire international community.

Also speaking at the event was IFAD President Kanayo F. Nwanze, who highlighted the importance of responding to the immediate needs of people suffering as a result of El Niño.

“Climate change will continue to exacerbate these extreme weather events. The only way to ensure future food security in the region is to invest in long-term development to help people be more resilient to shocks so that they can continue to feed their families,” he emphasized.

El Niño is the term used to describe the warming of the central to eastern tropical Pacific that occurs, on average, every three to seven years. It raises sea surface temperatures and impacts weather systems around the globe so that some places receive more rain while others receive none at all, often in a reversal of their usual weather pattern.

WFP Executive Director Ertharin Cousin highlighted that coordinated action between agencies and partners to build resilience among the vulnerable people of the Dry Corridor will save lives while working to eliminate food insecurity.

“Data and experience clearly demonstrate that the costs of emergency response and rehabilitation after a disaster occurs substantially exceed the price tag for risk reduction and mitigation action taken before disaster strikes,” she said stressed the need to pre-emptively address the social, economic and environmental susceptibility of vulnerable groups.

Some 10.5 million people, about 60 per cent of whom are in poverty, live in the Dry Corridor, a region characterized by extensive deforestation, soil degradation and water scarcity.

The meeting concluded with a communiqué that stresses common challenges within the Dry Corridor, including adaptation of the production systems of small-scale family farmers to climate change; and expanding efforts to reduce poverty, inequality and the socio-economic and environmental vulnerability of the region.