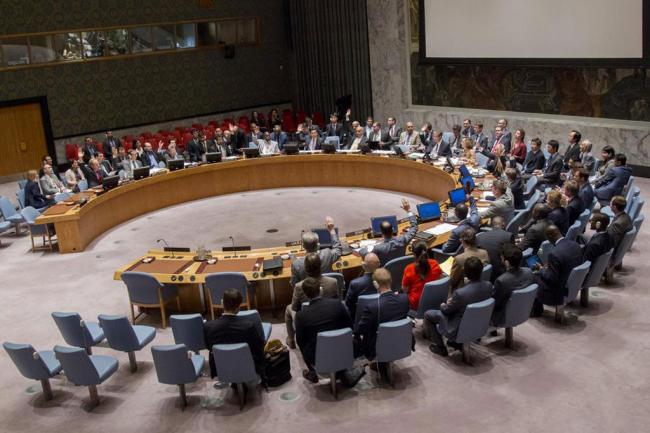 In a unanimous vote, the 15-member Council adopted resolution 2295 (2016), under which it decided to extend the mandate of the UN Multidimensional Integrated Stabilization Mission in Mali (MINUSMA) for one year, until 30 June 2017.

Determining that the situation in Mali continues to constitute a threat to international peace and security, the Council also decided to increase the force levels of MINUSMA up to a ceiling of 13,289 military personnel and 1,920 police personnel, and requested Secretary-General Ban Ki-moon to take the necessary steps to expedite force and asset generation, as well as deployment.

In the Council’s previous mandate extension for MINUSMA – on 29 June 2015 – it authorized a troop ceiling of 11,240 military personnel.

Through on Wednesday’s resolution, the Council decided that the strategic priority of MINUSMA is to support the implementation by the Government, the Plateforme and Coordination des Mouvements de l’Azawad armed groups, as well as by other relevant Malian stakeholders, of the Agreement on Peace and Reconciliation in Mali, particularly its provisions related to the gradual restoration and extension of State authority. At the same time, the Council requested MINUSMA to move to a more “proactive and robust posture” to carry out its mandate.

Under the terms of the resolution, the Council also decided that MINUSMA should perform tasks related to, among others, supporting the implementation of the Agreement on Peace and Reconciliation; good offices and reconciliation; protection of civilians and stabilization, including against asymmetric threats; protection, safety and security of UN personnel; promotion and protection of human rights; and humanitarian assistance.

The Council further expressed concern about the volatile security situation in Mali, especially the recent expansion of terrorist and other criminal activities into central and southern Mali, as well as the intensification of intercommunal violence in the centre of Mali. It also noted that the slow progress in the implementation of the Agreement on Peace and Reconciliation, particularly its defence and security provisions, as well as the delayed restructuring of the security sector, have hampered efforts to restore security in the north of Mali.

Further to the resolution, the Council called on Malian authorities, with the assistance of MINUSMA, to address the issue of the proliferation and illicit trafficking of small arms and light weapons.

The Agreement for Peace and Reconciliation in Mali was signed in June 2015 by the Coordination des Mouvements de l’Azawad, following its signature in May 2015 by the Government and a third party, the Plateforme coalition of armed groups.

The Malian Government has been seeking to restore stability and rebuild following a series of setbacks since early 2012, including a military coup d’état, renewed fighting between Government forces and Tuareg rebels, and the seizure of its northern territory by radical extremists. The country has also been wracked by a series of humanitarian crises.

Hear more about the peace efforts in Mali from the head of MINUSMA, Mahamat Saleh Annadif, who sat down with the UN News Centre for a conversation about MINUSMA’s work.

In other action on Wednesday, the Council unanimously adopted resolution 2294 (2016), under which it decided to renew the mandate of the UN Disengagement Observer Force (UNDOF) in the Golan for a period of six months, until 31 December 2016.

By the terms of that text, the Council strongly condemned the continued fighting in the area of separation, and called on all parties to the Syrian domestic conflict to cease military operations in the UNDOF area of operations and to respect international humanitarian law.

Underlining that there should be no military activity of the armed opposition groups in the area of separation, the Council urged Member States to convey strongly to the Syrian armed opposition groups in UNDOF’s area of operations to halt all activities that endanger UN peacekeepers on the ground, and to accord the UN personnel on the ground the freedom to carry out their mandate safely and securely.

UNDOF was established by the Security Council to monitor the ceasefire between Syria and Israel after their 1973 war. Since then, the Observer Force has remained in the area to maintain the ceasefire and to supervise the implementation of the disengagement agreement.

One year extension of UNAMID’s mandate

In addition, the Council on Wednesday decided to extend the mandate of the UN-African Union Mission in Darfur (UNAMID), for one year, until 30 June 2017.

Unanimously adopting resolution 2296 (2016), the Council further decided that UNAMID will consist of up to 15,845 military personnel, 1,583 police personnel and 13 formed police units of up to 140 personnel each. This authorized troop and police ceiling remains unchanged from when the Council extended UNAMID’s mandate a year ago.

By the text of the resolution, the Council underlined that UNAMID must continue to give priority in decisions regarding the use of available capacity and resources to the protection of civilians across Darfur, including women and children; and ensuring safe, timely and unhindered humanitarian access, as well as the safety and security of humanitarian personnel and activities.

Demanding that all parties to the conflict in Darfur immediately cease all acts of violence, the Council also expressed deep concern over the proliferation of arms, in particular small arms and light weapons and the use of such arms against civilians, as well as over the deteriorating humanitarian situation.

As of mid-June, 2.6 million people remain displaced across Darfur and 1.6 million civilians continue to reside in some 60 camps for internally displaced persons across the region, according to the UN Office for the Coordination of Humanitarian Affairs (OCHA).

Currently, there are 16 peacekeeping operations led by the UN Department of Peacekeeping Operations (DPKO), which have more than 118,000 military, police and civilian personnel.