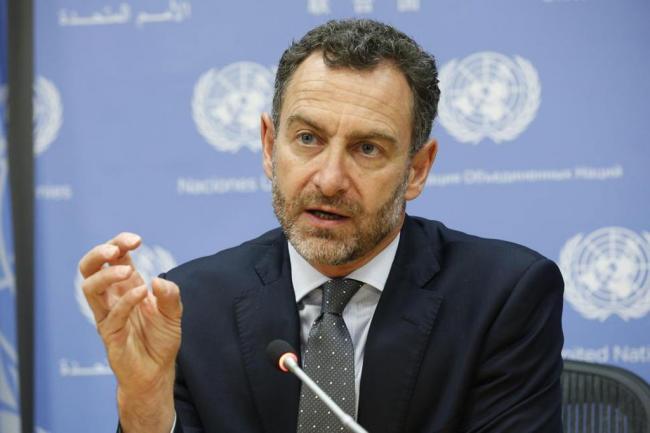 “This means that they are really on the verge of a life-threatening situation, and we must do more, better, and faster,” the UN Regional Humanitarian Coordinator for the Sahel, Toby Lanzer, told a news conference at UN Headquarters in New York.

The Humanitarian Coordinator said that in the area around the Lake Chad Basin – which borders Cameroon, Chad, Niger and Nigeria – about 2.2 million people are displaced from their homes because of the “horrific” actions of Boko Haram as well as government counter-insurgencies.

He also expressed concern over the fact that in 20 years’ time, the population of the Sahel region will double to 300 million from 150 million.

“Unless the countries of the Sahel tackle this demographic challenge which faces them, the countries will get poorer, communities will suffer more, enrolment rates will go down, not up, fewer women will have access to health care, and the Sustainable Development Goals (SDGs) – just to mention one hot topic – will not be met,” Lanzer said.

According to the UN Office for the Coordination of Humanitarian Affairs (OCHA), across the entire Sahel region, more than 23.5 million people face food insecurity, 5.9 million children are malnourished, and at least 4.5 million are displaced by the effects of conflicts. The people in the region are among the world’s poorest and are struggling with food insecurity, environmental degradation and violent extremism at the hands of Boko Haram insurgents, the Humanitarian Coordinator emphasized.

“I believe the time is ripe and it’s absolutely vital that there be a greater, broader, deeper international engagement across the Sahel, whether it’s on questions of stability, trade, development, such as infrastructure, or, indeed, tackling the humanitarian issues, because if we do not, there’s no question in my mind, that a tempest with incalculable proportions awaits us in the future,” Lanzer said.

In response to a journalist’s question on the threats posed by Boko Haram, the Humanitarian Coordinator emphasized that more awareness and a “deeper appreciation” are needed regarding the issue within the four governments of the region, as well as across the membership of the African Union (AU).