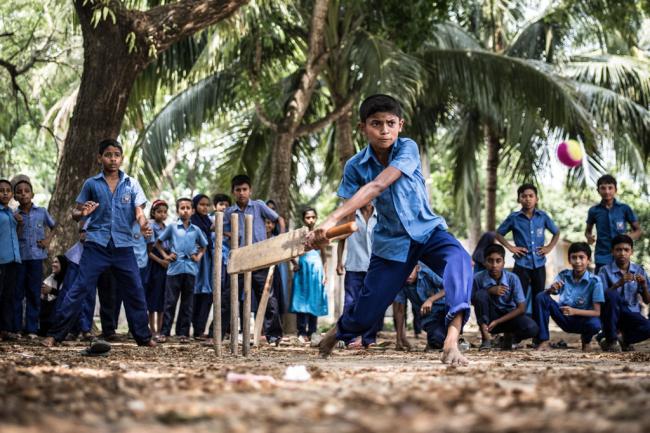 India Blooms News Service | | 28 Jun 2016, 10:35 pm
#UNICEF, #Poverty and early deaths, #disadvantaged children
New York, June 28 (Just Earth News):Some 69 million children under five years of age will die from mostly preventable causes, 167 million children will live in poverty, and 750 million women will have been married as children by 2030, unless the world focuses more on the plight of its most disadvantaged children, according to a United Nations report published on Tuesday.

“Denying hundreds of millions of children a fair chance in life does more than threaten their futures – by fueling intergenerational cycles of disadvantage, it imperils the future of their societies,” said the Executive Director of the UN Children's Fund (UNICEF), Anthony Lake, on the release of The State of the World's Children, the agency's annual flagship report.

“We have a choice: Invest in these children now or allow our world to become still more unequal and divided,” he added.

The report notes that significant progress has been made in saving children's lives, getting children into school and lifting people out of poverty. Global under-five mortality rates have been more than halved since 1990, boys and girls attend primary school in equal numbers in 129 countries, and the number of people living in extreme poverty worldwide is almost half what it was in the 1990s.

But this progress has been neither even nor fair, the report flags. The poorest children are twice as likely to die before their fifth birthday and to be chronically malnourished than the richest.

Nowhere is the outlook grimmer than in sub-Saharan Africa, where at least 247 million children – or two in three – live in multidimensional poverty, deprived of what they need to survive and develop, and where nearly 60 per cent of 20- to 24-year-olds from the poorest fifth of the population have had less than four years of schooling. At current trends, the report projects, by 2030, sub-Saharan Africa will account for:

Nearly half of the 69 million children who will die before their fifth birthday from mostly preventable causes;

More than half of the 60 million children of primary school age who will still be out of school; and

9 out of 10 children living in extreme poverty.

The UNICEF report goes on to note that although education plays a unique role in levelling the playing field for children, the number of children who do not attend school has increased since 2011, and a significant proportion of those who do go to school are not learning.

About 124 million children on Tuesday do not go to primary- and lower-secondary school, and almost two in five who do finish primary school have not learned how to read, write or do simple arithmetic.

Investing in children pays off

The report points to evidence that investing in the most vulnerable children can yield immediate and long-term benefits. Cash transfers, for example, have been shown to help children stay in school longer and advance to higher levels of education.

Inequity is neither inevitable, nor insurmountable, the report notes, pointing out that better data on the most vulnerable children, integrated solutions to the challenges children face, innovative ways to address old problems, more equitable investment and increased involvement by communities are all measures which can help level the playing field for children.

The Sustainable Development Goals (SDGs), adopted last year by 193 UN Member States, aims by 2030 to eradicate poverty and ensure inclusive and equitable quality education and promote lifelong learning opportunities for all, among other objectives.