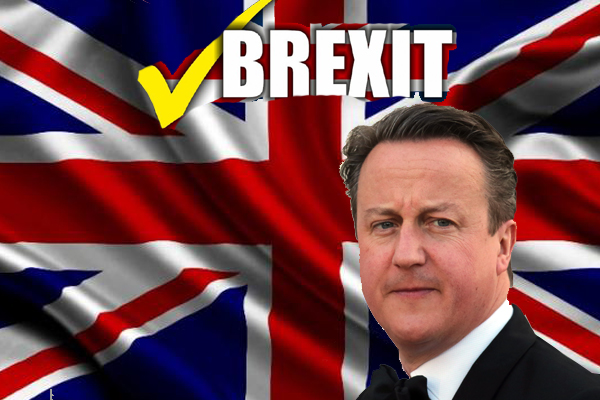 The development has raised an alarm prompting Prime Minister David Cameron to describe it as "a matter of great shame," media reports said.  The targets of such racial attacks were not only Europeans but people of colour, including Indians. The matter has been taken up by the UK Parliament, which met for the first time after the Brexit vote. Cameron has condemned “despicable” xenophobic abuse after the EU referendum as figures suggested a 57 per cent increase in reported incidents, The Guardian reported. The country would not stand for hate crime, the prime minister told MPs. “In the past few days we have seen despicable graffiti daubed on a Polish community centre, we’ve seen verbal abuse hurled against individuals because they are members of ethnic minorities,” Cameron said. “Let’s remember these people have come here and made a wonderful contribution to our country. We will not stand for hate crime or these kinds of attacks, they must be stamped out.”  "I want to tell the people from EU living here and our Brits living in the EU, that these incidents will be tackled severely," he warned. Time reported that the rise in racist attacks appears to be pegged to the belief that migrants will have to leave the U.K. following the referendum — in which the Leave campaign vowed to “take back control” of immigration. Cuerden notes that they saw a similar spike of hate crimes and incidences in Wales around last November’s Paris terrorist attacks. London’s Metropolitan police confirmed  that they were looking into “allegedly racially motivated criminal damage” to the Polish Social and Cultural Association in west London, after graffiti was found on the front entrance.  The Polish embassy released a statement on Monday, expressing alarm at the “recent incidences of xenophobic abuse” of the Polish. According to media reports, in Cambridgeshire, some homes had put up signs saying, "Leave the EU, no more Polish vermin".  The Polish embassy has sent a letter to the Prime Minister's office, expressing concern over the hate messages. London's Mayor Sadiq Khan has asked the police to be vigilant about racist attacks. Citizens have been advised to report incidents to the police.