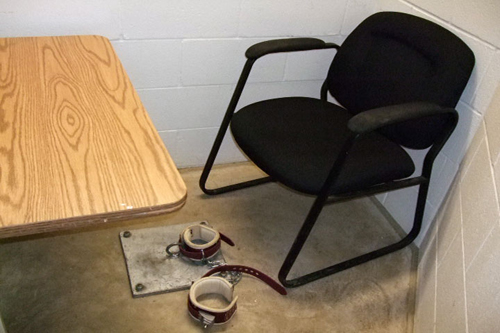 'Prohibition of torture is absolute,' says Ban on International Day in support of victims

India Blooms News Service | | 27 Jun 2014, 01:19 pm
#International Day
New York, June 27 (IBNS): Reiterating their pledge that every victim of torture will one day gain his or her right to acknowledgement, senior United Nations officials marked the International Day in Support of those victims by calling on the international community to strengthen efforts â€œto eradicate this heinous practice.â€

“As we honour the victims on this International Day, let us pledge to strengthen our efforts to eradicate this heinous practice” UN Secretary-General Ban Ki-moon said in his message, underlining that no forms of torture should be ever tolerated.

Forms of torture throughout the world range from beatings to rape and public sexual humiliation. Often they include the usage of specific machinery or object to inflict pain on the victims. Torture could also mean forcing someone to witness pain being inflicted on family members, such as children.

Every day, many men and women are subject to torture either in prisons, police stations, or detention centres. Those detained are likely to suffer prolonged isolation and never-ending interrogations. Basic resources, such as food and water and medical treatment are often denied for long periods of time, according to the United Nations.

“The prohibition of torture is absolute. The Convention against Torture states unequivocally that the use of torture is illegal under any circumstances, including armed conflict, the fight against terrorism, political instability or other emergency conditions,” stressed Mr. Ban.

Yet, even though the prohibition on torture extends beyond national borders, there are still 41 countries which have no ratified the Convention against torture, allowing forms of torture and ill-treatment against prisoners and detainees.

“All 155 States that have ratified this treaty have committed to fight impunity by thoroughly investigating and prosecuting violations and bringing perpetrators, no matter their level of office, to justice. They have also accepted the obligation to provide redress to the victims and their families” said the Secretary-General, suggesting that effective remedies and rehabilitation have yet to become a reality.

Many victims of torture across the globe had been assisted through the United Nations Fund for Victims of Torture.

“The Fund is supporting projects providing vital services to victims of torture fleeing violence and persecution.” has suggested Secretary-General Ban Ki-Moon. “Essential psycho-social assistance is being delivered to help victims of all age groups recover and regain their dignity” added Mr. Ban.

In her remarks, UN High Commissioner for Human Rights, Navi Pillay, declared: “Torture is an unequivocal crime…Neither national security nor the fight against terrorism, the threat of war, or any public emergency can justify its use. All States are obliged to investigate and prosecute allegations of torture and cruel, inhuman or degrading treatment, and they must ensure by every means that such practices are prevented.”

In fact, the prohibition on torture extends beyond national borders: States may not return a person to a country where she or he is at risk of being subjected to torture or other cruel or inhuman treatment. “Furthermore, information extracted under torture may not be used in courts of law,” she said explain that this includes closed proceedings such as military courts, and hearings that the Government has made private for fear they could disclose sensitive information.

“It also means that intelligence agencies may not legally use information obtained under torture. Any such use not only weakens the absolute prohibition of torture by creating a market for information obtained by such means: it also amounts to collusion in acts of barbarity,” said Ms. Pillay.

Continuing, she said that every day her Office, and human rights activists, receive new reports of torture in Asia, Africa, the Americas, Europe and Oceania. In almost all cases, those who have ordered and committed these violations escape justice.

“They are enveloped in the cloak of national protection or explicit amnesty measures, and their protectors feign ignorance of the horror that has been committed under their authority,” she said, adding that Governments that collude in this impunity violate not only the victim’s right to justice “but also the human rights of us all.”

“On June 26, we in the human rights community honour the world’s many victims of torture…We speak clearly and loudly so that officials everywhere will hear this message: no act of torture, or use of information extracted by torture, can be tolerated,” she said.