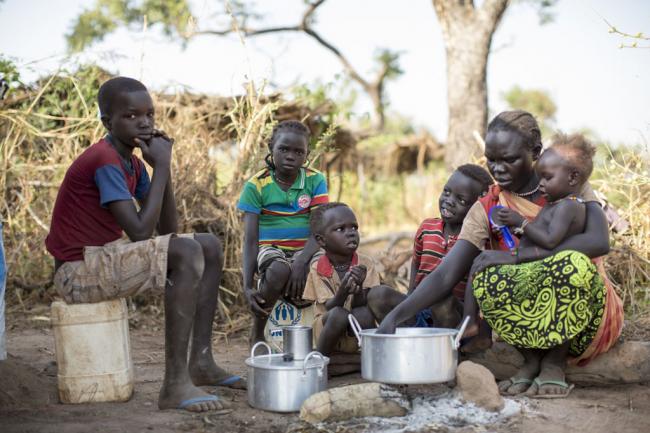 According to the Office of the UN High Commissioner for Refugees (UNHCR), nearly 250,000 Sudanese refugees have fled to South Sudan, mostly to Unity and Upper Nile, since the start of the war in the Nuba Mountains in 2011.

“A solution to the conflict and an end to the suffering are needed more than ever, as South Sudan is itself home to some 1.69 million internally displaced people,” UNHCR spokesperson Adrian Edwards told reporters in Geneva.

“With the conflict intensifying, thousands more are expected in the coming weeks,” Edwards said.

Edwards noted that the recent arrivals also cite lack of food and no access to schools for children as reasons for leaving, especially in and around Um Doreein.

According to refugees who have arrived this week, the conflict has recently shifted to the north-east part of South Kordofan, with some people trapped in conflict areas and unable to escape.

90 per cent of new arrivals women and children

Nearly 90 per cent of new arrivals are women and children. One child in every 10 is alone or without a family member.

At the Yida transit centre, UNHCR and its partners are providing immediate assistance to the arrivals, including a hot meal, water, a measles vaccination, and a place to rest.

From Yida, refugees are transported by bus to Ajuong Thok, a camp established in 2013 to help ease some of the pressure.

There, they are provided with plastic sheeting and poles to build a temporary home, as well as cooking pots and pans, mosquito nets, blankets, sleeping mats and food. Children who are unaccompanied or separated from their families are reunited with their families or placed in foster care.

With nearly 41,000 Sudanese refugees already living in Ajuong Thok, the camp has almost reached its capacity of 46,000 people. UNHCR and its partners have been expanding camp infrastructure to meet the needs of a growing population.

A new camp is underway at Pamir, some 50 kilometres south of the border, to receive new arrivals and refugees who have been living in Yida for the past five years.

As the refugee influx continues, services are becoming overstretched. In the past four weeks, available water has dropped from 19 litres per person per day to 16. Schools have become extremely overcrowded with more than 100 students sharing the same classroom. With UNHCR’s operations in South Sudan funded at just 17 per cent, services and service quality are inevitably threatened, Edwards said.