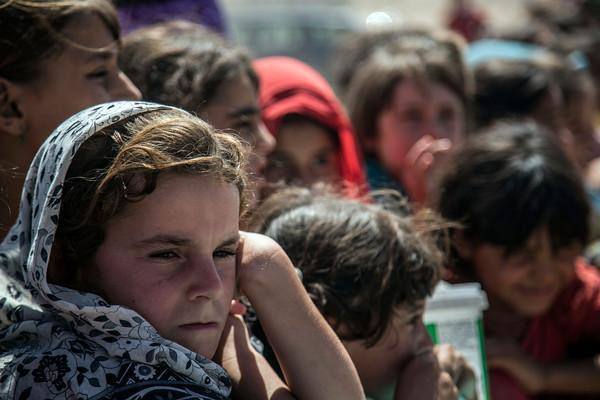 India Blooms News Service | | 27 May 2016, 05:27 am
#UN Humanitarian Coordinator, #Fallujah, # Iraq
New York, May 27 (Just Earth News):Humanitarian agencies on the ground in Iraq are warning that civilians in the city of Fallujah â€“which has been under the control of the Islamic State in Iraq and the Levant (ISIL/Daâ€™esh) for more than two years â€“ are at extreme risk, the United Nations humanitarian coordinator for Iraq has said.

“We are receiving distressing reports of civilians trapped inside Fallujah who are desperate to escape to safety, but can’t,” said Lise Grande, the UN Humanitarian Coordinator for Iraq. “Parties to the conflict are obliged to uphold international humanitarian law and do everything possible to protect civilians and ensure they receive lifesaving assistance,” she added.

Since 22 May, 800 people have reached safety, mostly from outlying areas, and some families report having to walk for hours under harrowing conditions to reach safety. People trapped in the city centre are thought to be most at risk and unable to flee. At least 50,000 people are thought to remain in the city, and the few people who have left Fallujah report that conditions are dire, according to the UN Office for the Coordination of Humanitarian Affairs (OCHA).

“Food supplies are limited and tightly controlled. Medicines are exhausted and many families have no choice but to rely on dirty and unsafe water sources,” said  Grande. “We want to tell the people of Fallujah that humanitarians are doing everything we can to provide assistance wherever they are and to advocate for their safety.”

Humanitarian partners have been gearing up for weeks to provide protection, shelter, water, health care and food assistance to people fleeing the city. Iraqi authorities have already established camps in Ameriyat al Falluja, 30 kilometres south of Fallujah, to house people who may displace.

“The UN and its partners have humanitarian teams and supplies on the ground. We’ve already begun providing people with food, water and shelter as they arrive and we’ll be there as more people arrive,” said  Grande.

The UN estimates that 10 million people in Iraq need some form of humanitarian assistance, including 3.4 million people who have been displaced since January 2014. An additional three million people are thought to be living under ISIL control. More than 650,000 displaced people have returned to their homes since early 2015, many to areas partially or nearly completely destroyed, according to OCHA.

The Iraq humanitarian appeal for 2016 requested $861 million, although only 30 per cent has been funded to date, the humanitarian coordinator said.

“It’s heart-breaking that so many people need help and that we can’t do what’s necessary because we don’t have the minimum funding we require,” said Ms Grande.

Humanitarian partners estimate that $300 million is needed by July to sustain first-line emergency response across the country.