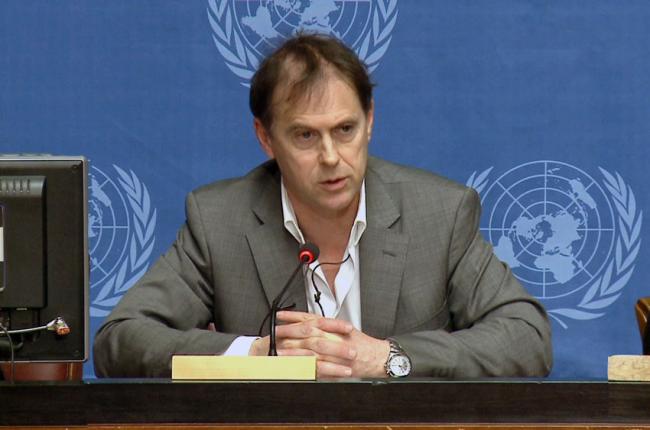 “Human rights violations including cases of enforced disappearances and summary executions have also been reported,” Rupert Colville, spokesperson for the UN High Commissioner for Human Rights, told reporters at a press conference in Geneva.

Tensions have reportedly been rising in Mozambique over the past few months, after Renamo rejected the outcome of the 2014 legislative elections and announced its intention to seize power in six of the country's 11 provinces. Military operations by the army against Renamo have mainly affected Tete Province, but clashes seem to be spreading to other provinces, including Sofala, Zambezia, Nampula and Manica. According to the UN refugee agency, some 10,000 people have left the country since December 2015.

“Security forces have been accused of summary executions, looting, destruction of property, rape, ill-treatment, and other human rights violations. According to reliable sources, at least 14 local Renamo officials have been killed or abducted by unidentified individuals or groups since the beginning of the year. On 20 January, there was an assassination attempt on the Renamo Secretary General and MP Manual Bissopo,”  Colville said.

According to the Office of the UN High Commissioner for Human Rights (OHCHR), attacks against police and military forces have also been attributed to Renamo. They are reported to have committed human rights abuses and violations against civilians perceived to be associated with the ruling party, Frelimo, or to be cooperating with security forces. They have also been accused of carrying out sniper attacks on some roads, which have resulted in a number of casualties, including civilians.

“The lack of accountability for past human rights abuses and violations seems to be a key component of the deteriorating situation. We are particularly concerned about the killing on 1 April of Public Prosecutor Marcelino Vilankulo, and about the lack of progress in the investigation into the March 2015 murder of Gilles Cistac, a law professor who had denounced electoral fraud,” the spokesperson noted.

“On a separate note, we are also alarmed by recent reports that human rights defenders calling for public demonstrations in favour of accountability and transparency in the management of public resources have been harassed and threatened,”  Colville said.

He added that the announcement by the Head of the Police on 25 April that any public protest will be repressed raises serious concerns.

“Ahead of demonstrations called for on Friday, on Saturdayand next week, we urge the Government to fulfil its obligation to guarantee that all citizens may exercise their rights to freedom of expression, association and peaceful assembly. We also call on law enforcement officials to show utmost restraint when maintaining public order and to comply at all times with international human rights obligations and international standards on policing,” the spokesperson stressed.