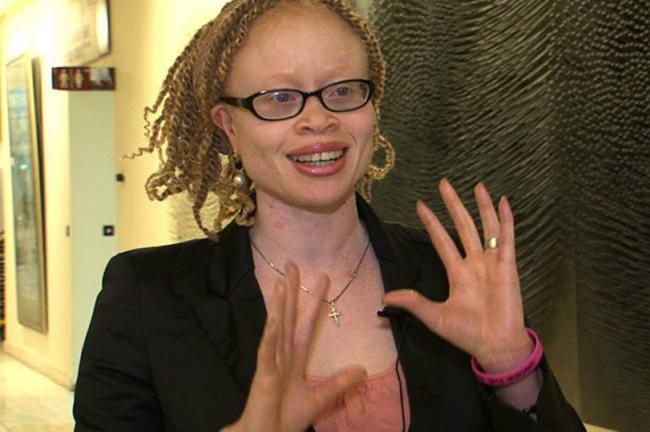 “Many do not sleep peacefully and have deliberately restricted their movement to the necessary minimum,” she added. “The frequent involvement of close relatives in cases of attacks is highly disturbing, and persons with albinism are unable to trust even those who are supposed to care for and protect them. Consequently, persons with albinism in the current context of attacks are locked in a spiral of fear and poverty.”

‘A crisis disturbing in its proportions’

Ero described the situation as “an emergency, a crisis disturbing in its proportions.” According to the police, 65 cases have been recorded since late 2014, and at least two further critical incidents reportedly occurred during her visit.

“Given the relatively small population size of people with albinism in Malawi – reported to be a little less than 10,000 – attacks against a few of them constitutes a danger to all of them,” she stressed.

“It is clear that an urgent and coordinated response from the Government, civil society and development partners working in strong partnership with each other is required,” she noted while stressing the principle of ‘nothing about us without us’, which includes the involvement of organizations of persons with albinism at every step, where the process cannot be led directly by them.

Ero welcomed the launching of the Government’s Response Plan of 2015 and commended its content. However, she noted, “the absence of resources attached to this plan has drastically delayed its implementation and such an emergency situation needs an emergency response.”

“Court sentences as handed down to convicted criminals do not always reflect the gravity of the crime,” she said. “As pointed out by various stakeholders during my visit, stealing a cow may attract a higher penalty.”

“The early return of suspects to their communities – whether due to the use of bail, fines or low judicial sentences – increases the fear in which persons with albinism live, sends a message of impunity to affected communities and increases the risks of mob killings,” she added.

The expert recommended “training for police, prosecutors and magistrates to increase knowledge of the current legislative framework applicable to these cases, cooperation between the police and the Department of Public Prosecutions,” as well as “adequate resources for the newly appointed special prosecutor.”

Ero pointed out that, although the amendment of relevant legislation is required, more immediate measures are also necessary such as a judicial direction that cases be handled only by professional magistrates and through the ongoing revision of the Sentencing Guidelines.

She also commended the protection measures adopted by community police and some traditional authorities as well as the support provided by communities to their members with albinism. “The quick intervention of neighbours during attacks has in various cases led to the rescue of persons with albinism and to the arrest of perpetrators,” she said.

“Addressing the root causes of attacks, in particular why they are happening, is indispensable to eradicating them. It is worrying to note that witchcraft beliefs and practices are widespread in Malawi, although often a taboo topic,”  Ero stated.

The Independent Expert will produce a full report and recommendations to be presented to the UN Human Rights Council in March 2017.