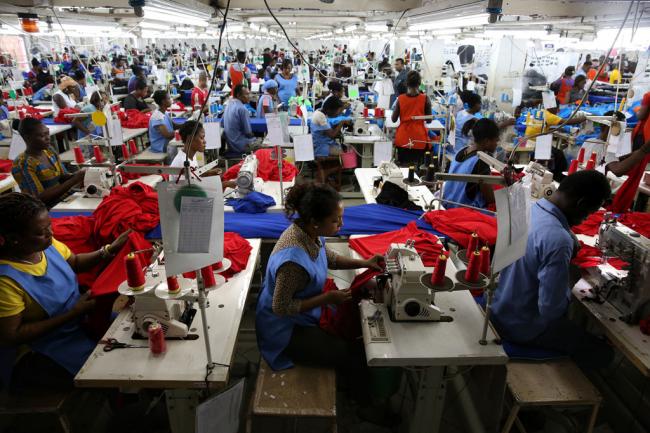 “Work-related stress affects workers in all professions in developed and developing countries alike. It can gravely harm not only workers’ health but also, and all too often, the wellbeing of their families,” said ILO Director-General Guy Ryder in a statement.

This year’s World Day for Safety and Health theme is “Workplace Stress: a collective challenge” and focuses on the toll taken on the health and wellbeing of workers worldwide by stress in their working environment.

Last September, UN Member States adopted the 2030 Agenda for Sustainable Development, which is comprised of 17 Sustainable Development Goals (SDGs) to wipe out poverty, fight inequality and tackle climate change over the next 15 years. Target 8 of Goal 8 calls for “safe and secure working environments for all workers,” noting that securing safe workplaces extends beyond the protection of workers’ physical safety to their mental and psychological wellbeing.

In its latest publication, the ILO’s Safety and Health at Work team surveyed the most recent studies on workplace stress from around the world including, among others, Asia and the Pacific, the Americas, Australia and Europe. They found that the estimated cost of work-related depression in the European Union alone is €617 billion a year.

“We found that work related stress costs global society untold billions in direct and indirect costs annually,” said Valentina Forastieri, an ILO expert on occupational safety and health. “And that is quite apart from the human price paid in misery, suffering and even, according to some of the reports we looked at, in suicide.”

Forastieri explained that global competitive processes have transformed work organization, working relations and employment patterns, contributing to the increase of work-related stress and its associated disorders.

“With the pace of work dictated by instant communications and high levels of global competition, the lines separating work from life are becoming more and more difficult to identify,” she said. “An appropriate balance between work and private life is difficult to achieve.”

ILO looked at a study from Japan that found 32.4 per cent of workers reported suffering from strong anxiety, worry and stress from work in the previous year. In Chile, 2011 data shows 27.9 per cent of workers and 13.8 per cent of employers reported that stress and depression were present in their enterprises. Similar figures were found in practically every country we considered for the report.

“And then, there is the hangover from the recent global economic crisis and recession that forced many enterprises to scale down their economic activity in order to remain competitive. This includes an increase in restructuring, downsizing, merging, outsourcing and subcontracting, precarious work and a higher likelihood of massive layoffs of workers, unemployment, poverty and social exclusion,”  Forastieri noted.

Meanwhile,  Ryder underlined that while much still needs to be done to reduce stress at work, in recent years there have been developments in understanding the issue: “Awareness has increased and in most countries policymakers, social partners and professional networks are becoming more involved in the design of legislation, policy, strategies and tools for the assessment and management of work-related stress,” he said.

“It is clear that the protection of workers’ mental health must focus on preventive strategies. Assessing and managing psychosocial risks at their origin will help craft the collective and individual measures needed to improve the quality of working life for women and men,” he added.