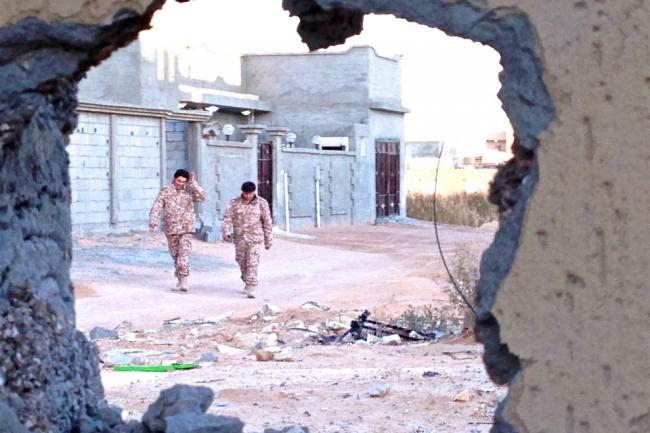 India Blooms News Service | | 28 Apr 2016, 08:04 am
#Libya, #UN, #terrorist attacks
New York, Apr 28 (Just Earth News/IBNS): The most senior United Nations official in Libya on Wednesday said he is deeply concerned by recent incursions by the Islamic State in Iraq and the Levant (ISIL/Daâ€™esh) into Libyaâ€™s oil crescent region and by attacks carried on oil fields.

“The attacks of the so called Islamic State and its intention to control vital strategic areas are a serious threat to Libya’s oil installations,” warned Martin Kobler, the Special Representative of the Secretary-General and Head of the UN Support Mission in Libya (UNSMIL), in a press release.

“It constitutes a grave assault not only on the lifeline of Libya’s national economy, but on the very livelihoods of millions of ordinary Libyans, many of whom are already enduring hardship as a consequence of the ongoing political and military conflict in Libya,” he added.

Taking note of the statement by Libya’s Presidency Council of 24 April, Martin Kobler joined its calls to take all necessary measures to safeguard the oil fields and terminals.

“I call on all security actors to respect the authority of the Presidency Council over Libya’s natural resources,”  Kobler said.

Furthermore, he reminded all parties in Libya of last month’s UN Security Council resolution 2278, which condemns attempts to illicitly export crude oil from Libya, including by parallel institutions which are not acting under the authority of the Government of National Accord. He also underlined the primary responsibility of the Government of National Accord in taking appropriate action to prevent the illicit export of crude oil from Libya.