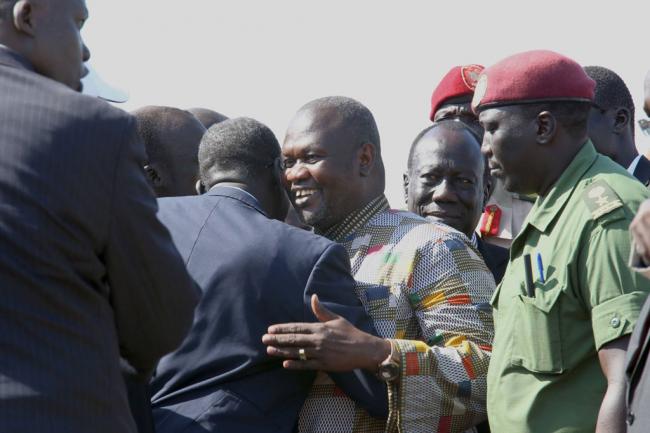 India Blooms News Service | | 27 Apr 2016, 08:01 am
#South Sudan, #Riek Machar, # First Vice-President
New York, Apr 27 (Just Earth News/IBNS): United Nations Secretary-General Ban Ki-moon has welcomed the return of Riek Machar to Juba and his swearing in as the First Vice-President of South Sudan, calling it a â€œnew phaseâ€ in the implementation of the peace agreement.

In a statement attributable to his spokesperson,  Ban also called for the immediate formation of the transitional government of national unity.

Machar’s return to the capital marks a significant step towards bringing stability to the country, which only gained independence in 2009 after breaking away from Sudan, its northern neighbour. A political dispute erupted into conflict in December 2013, killing thousands, displacing over 2.4 million people, 650,000 of whom fled abroad, and impacting the food security of 4.6 million.