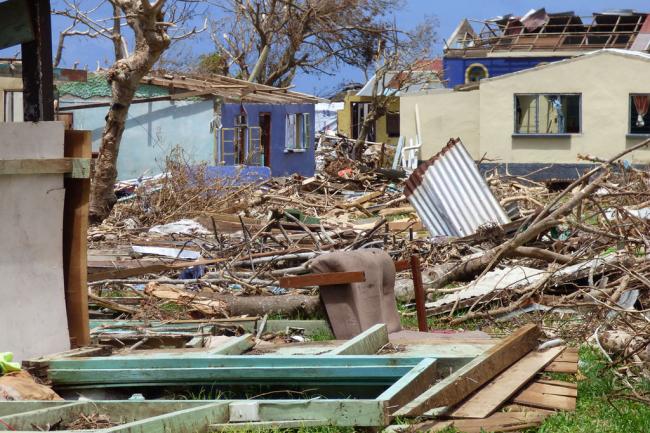 “As planning begins for longer-term recovery and reconstruction, it is important to emphasize that humanitarian efforts must continue, particularly in locations hit by both the cyclone and subsequent flooding,” said Humanitarian Coordinator Osnat Lubrani.

Urgent needs include the distribution of agricultural supplies, construction of shelter and toilets, mosquito control and surveillance measures to stop the spread of disease, and the provision of psychosocial support, she said.

The recent flooding has eroded some of the gains made through early humanitarian action with many of the crops re-planted post-Winston now washed away.

“Our work is far from over,” Ms Lubrani said. “There is an acute need for the distribution of more seeds and seedlings to kick-start food production in areas hit by the cyclone and floods. This is vital to reducing the risk of food insecurity over the months ahead.”

Training to help people build back stronger, safer houses is also among the country’s most critical ongoing needs. In addition, there is continued demand for expert support to help the country cope with the psychosocial impacts of this traumatic event, especially among children, she said.

“It has been an enormous effort but there is still a long road ahead and we will continue to work with the support of our international partners to ensure that no one is left behind,” he said.

The cyclone and a massive storm surge left a path of destruction across Fiji on 20 and 21 February, leaving more than 40 people dead, damaging or destroying more than 31,000 houses and wiping out life-sustaining food crops. Flooding over recent weeks has compounded the suffering of many who are still living without a permanent roof over their heads.