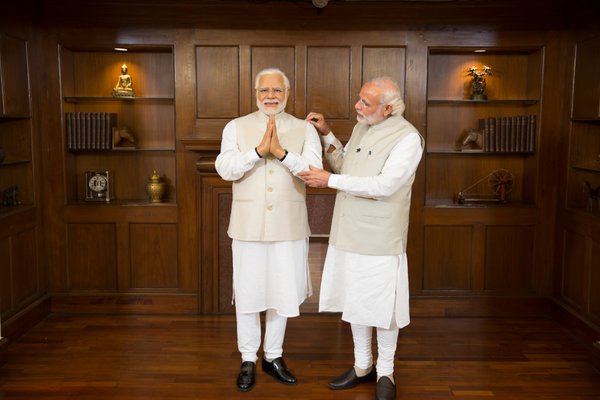 The statue will be unveiled Madame Tussauds Museums  in Singapore, London, Hong Kong and Bangkok later this month.

As per the picture revealed by official Twitter page of Madame Tussauds HK , the Indian PM is seen in the statue standing with his hands folded in a “Namaste” gesture.

He is wearing the cream jacket and a white kurta.

Modi has seen the statue here.

In a video released by Madame Tussauds Museums , Modi is seen standing beside his statue and saying: "What can I say? As far as art is concerned, the Madame Tussauds team is exceptional at what they do. What Lord Brahma does normally is what the artists there are doing."