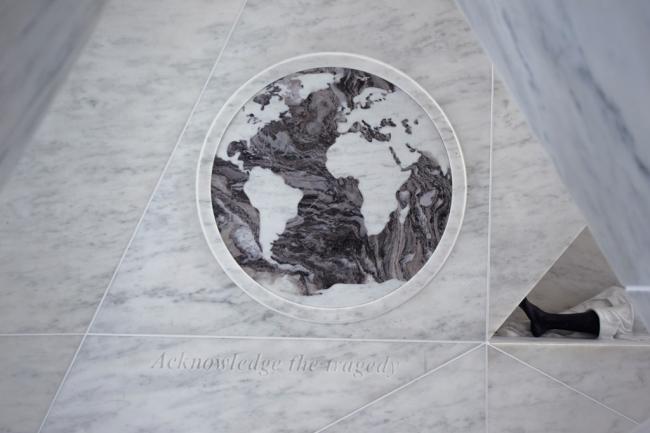 Honouring past victims, senior UN officials call for modern forms of slavery to be tackled

India Blooms News Service | | 30 Mar 2016, 01:56 pm
#slavery, #UN
New York, Mar 30 (Just Earth News/IBNS): Observing the International Day of Remembrance of the Victims of Slavery, senior United Nations officials on Tuesday reflected on past horrors, and warned that the world must also confront current and modern challenges posed by the many forms and manifestations of slavery.

“On this day, we honour the memory of millions of Africans forcibly removed from their families, villages and homelands over hundreds of years,” UN Deputy Secretary-General Jan Eliasson told delegates at the General Assembly commemorative meeting.

“This important Day also directs a spotlight on racism, sadly still prevailing in on Tuesday's societies. It is seen in untold acts of violence, discrimination, bias and prejudice all over the world. And it is shamefully represented by the millions of people still living in situations of servitude and slavery worldwide,” he added.

Eliasson said forced labour, bonded labour, child labour, human trafficking and forced prostitution are serious human rights violations “rooted in a glaring lack of respect and regard for fellow human beings,” advising that the global community's battle cry must be “a life of dignity for all – enough is enough.”

The theme of this year's commemoration is 'Remember Slavery: Celebrating the Heritage and Culture of the African Diaspora and its Roots.'

Also speaking at the event, the President of the 70th session of the General Assembly, Mogens Lykketoft, said it is a timely theme “as it draws attention to the vibrant African culture and traditions that have enriched life in countries once involved in the slave trade and how the African Diaspora continues to enhance many aspects of daily life in countries around the world.”

He recalled that in 2007, the General Assembly adopted a resolution to create a permanent memorial to remember the victims of slavery and the transatlantic slave trade and to acknowledge the tragedy and enduring consequences of the enslavement of African peoples.

This memorial – The Ark of Return – occupies a prominent place at UN Headquarters on the visitors' plaza.  Lykketoft described it as “crucial in educating and informing current and future generations about the causes, consequences and lessons of slavery and the transatlantic slave trade.”

Meanwhile, Deputy Secretary-General Eliasson also highlighted that last year, the UN launched the International Decade of People of African Descent and that the UN Remember Slavery Programme is reaching out to young and old alike to create awareness, promote understanding and change attitudes.

“On this Day, I ask all Member States, and civil society, to commit to make sure that all people of African descent enjoy equal access to education, employment, health care, development and other vital opportunities,” he declared.

“It is long overdue for us to break the chains that have denied so many equality, and the protection of their human rights, under the law and in practice,” he insisted.