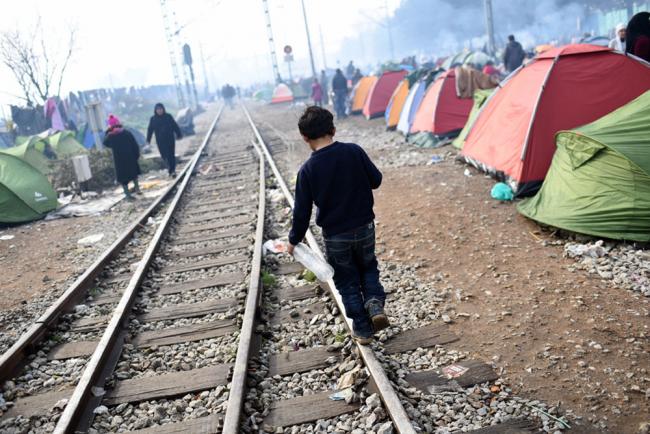 “The declared aim to return all refugees and migrants contrasts with the assurances about individual assessments,” UN High Commissioner for Human Rights Zeid Ra'ad Al Hussein said in a press release, pointing to what he termed “a contradiction at the heart of the agreement.”

“If the safeguards are to be considered real, then the individual assessments must allow for the possibility that the persons in question will not in fact be returned. Otherwise it could still qualify as a collective expulsion,” he added.

The provisions agreed by the EU and Turkey call for cases to be processed under the EU's Asylum Procedures Directive, and goes on to state that “migrants not applying for asylum or whose application has been found unfounded or inadmissible in accordance with the said directive will be returned to Turkey.”

Zeid expressed concern that this language presents a real risk of overlooking human rights law obligations, which require States to examine arguments against return beyond those found in refugee law.

He said that such needs could arise, for example, in the case of children; victims of violence, rape, trauma and torture; individuals with specific sexual orientation; persons with disabilities; and a range of others with legitimate individual protection needs.

He urged Greece to handle all individual cases with genuine attention to all protection grounds required under international human rights law, including at the appeals stage.

Zeid also echoed the strong concerns expressed earlier this week by the Office of UN High Commissioner for Refugees (UNHCR) and the UN Children's Fund (UNICEF) over the use of detention for all new arrivals in the Greek islands, including children and other vulnerable persons.

That appears to contravene a range of international and EU human rights laws and standards, including that immigration detention should be a measure of last resort, and the principle of “best interests of the child,” he said. The UN Committee on the Rights of the Child has emphasized that children should never be detained on the basis of their migration status or that of their parents.

“This crisis is manageable if the EU acts on the basis of its own well-established and greatly respected laws and principles, and invests seriously in addressing root causes and supporting comprehensive solutions on the basis of international human rights treaties they have ratified,” Zeid said. “However, if the EU starts to circumvent international law, there could be a deeply problematic knock-on effect in other parts of the world.”