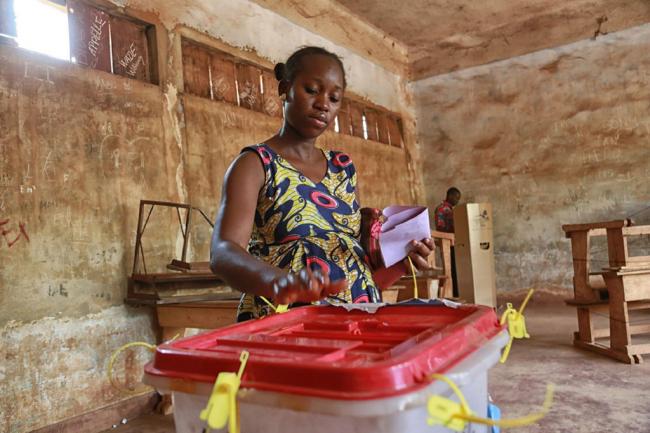 These include a return to security, disarming groups, strengthening the rule of law and fighting impunity, encouraging national reconciliation, and providing urgent services, such as education and health.

Speaking from Bangui during her sixth visit to CAR, Marie-Thérèse Keita-Bocoum, also shared some concerns coming from civil society, which seeks greater protection of civilians, assistance for victims of sexual violence and of violence based on witchcraft accusations.

“All the actors of the civil society I met deplored the absence of the criminal justice system, the lack of access to justice and the lack of measures to protect victims and witnesses,” the expert said.

Ms. Keita-Bocoum noted also the challenges from humanitarian needs, which said remain “high”, with international aid often being the only way to meet the health, nutritional and sanitation basics for the population.

The country is emerging from nearly three years of fighting between the mainly Muslim Séléka and mainly Christian anti-Balaka groups.

The UN has played a major role in seeking to restore peace in the CAR, with military and police units from the 11,000-strong UN Multidimensional Integrated Stabilization ion in the country (MINUSCA) joining soldiers from the French Sangaris force and local security teams last 30 December at polling stations to ensure a peaceful presidential vote.

After nine months of improved stability in CAR, a new wave of inter-communal violence erupted in September of last year, killing at least 130 people, injuring 430 others, and triggering an 18 per cent increase in the number of internally displaced persons to 447,500.

The election of President Touadéra, who won the presidential run-off on 14 February and will be sworn in on 25 March, is being seen as a new chapter in the country's political history – despite numerous significant challenges that remain.

In her comments on Wednesday, the UN expert noted some improvement in security, especially in the capital city of Bangui, but expressed concern about violence in the regions in the country's centre, east and north-east.

In addition, she cautioned against putting in power any individuals with human rights abuses. She stressed “the importance that elected officials are men and women who truly have willingness to represent the interests of the Central African people, with integrity and respect for human rights.”

The UN expert on Wednesday also thanked the transitional government, led by Prime Minister Catherine Samba-Panza and her transitional government, for their cooperation and expressed her gratitude for their commitments and efforts in the initiatives for peaceful dialogue, national reconciliation and the democratic process, and in particular the holding of the Bangui Forum, the strengthening of women's leadership and the organization of free and peaceful elections.