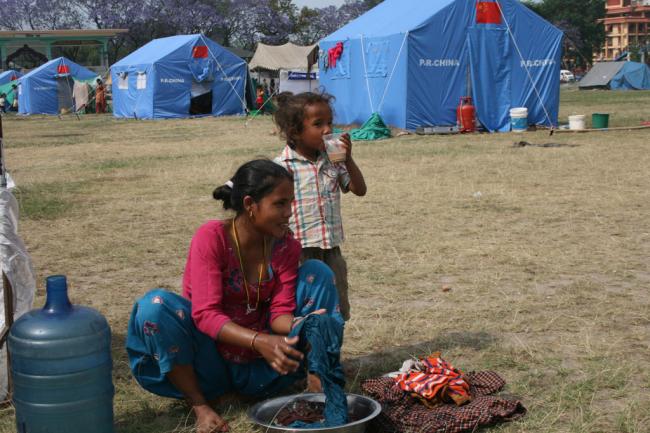 “Most of their work is undervalued and unprotected, when domestic workers become old or injured, they are fired, without a pension or adequate income support. This can and must be redressed,” explained Isabel Ortiz, Director of the ILO Social Protection Department in a press release on the launch of the report, Social protection for domestic workers: Key policy trends and statistics.

Domestic work is considered a sector that is difficult to cover, partly because work is performed in private households and frequently for more than one employer. The occupation is also characterized by high job turnover, frequent in-kind payments, irregular wages and a lack of formal work contracts.

“Given that it is predominantly a female workforce highly subject to discrimination as well as social and economic vulnerability, policies to extend social protection to domestic workers are key elements in the fight against poverty and the promotion of gender equality,” said Philippe Marcadent, Chief of the ILO’s Inclusive Labour Markets, Labour Relations and Working Conditions Branch.

Social security is a human right for all

The study underscores that “there is no justification for domestic workers to remain excluded from social security, which is a human right for all.”

Senior ILO Economist Fabio Duran-Valverde stressed: “Looking at ways to improve the current coverage, there is no single protection model that works best for domestic workers everywhere. But mandatory coverage (instead of voluntary coverage) is a crucial element for achieving adequate and effective coverage under any system.”

However, because of the uniquely vulnerable situation of domestic workers, mandatory coverage will not be effective alone. Strategies should include – among other measures - fiscal incentives, registration plans, awareness-raising campaigns targeting domestic workers and their employers as well as service voucher mechanisms.