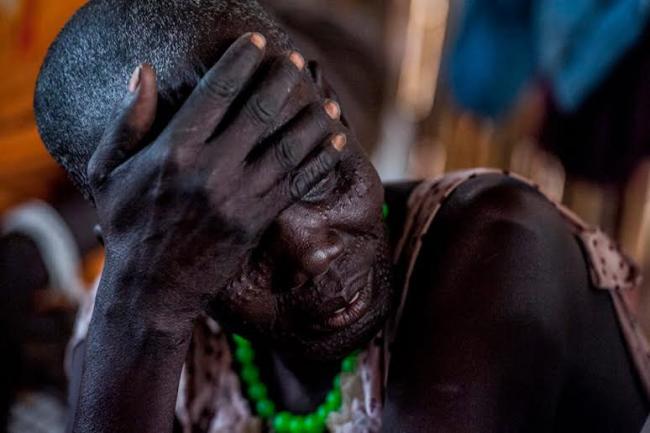 Although all parties to the conflict have committed patterns of serious and systematic violence against civilians since fighting broke out in December 2013, the report says State actors bore the greatest responsibility during 2015, given the weakening of opposition forces.

The scale of sexual violence is particularly shocking, the Office of the UN High Comioner for Human Rights (OHCHR) notes in a news release. In five months last year, from April to September, the UN recorded more than 1,300 reports of rape in just one of South Sudan's ten states, namely oil-rich Unity.

“The scale and types of sexual violence – primarily by Government SPLA forces and affiliated militia – are described in searing, devastating detail, as is the almost casual, yet calculated, attitude of those slaughtering civilians and destroying property and livelihoods,” said UN High Comioner for Human Rights Zeid Ra'ad Al Hussein.

Women and girls are 'commodity'

He said the quantity of rapes and gang-rapes described in the report must only be “a snapshot” of the real total, with women and girls being considered “a commodity” as soldiers moved through the villages. Although this is one of the most horrendous human rights situations in the world, it has been more or less “off the international radar,” he added.

The new report is the work of an assessment team sent by the High Comioner to the world's youngest country from October 2015 to January 2016.

Since 2013, all parties to the conflict have conducted, “attacks against civilians, rape and other crimes of sexual violence, arbitrary arrest and detention, abduction and deprivation of liberty, disappearance, including enforced disappearance, and attacks on UN personnel and peacekeeping facilities,” the report says.

Given the breadth and depth of the allegations, their gravity, consistency and recurrence and the similarities in their modus operandi, the report concludes there are reasonable grounds to believe the violations may amount to war crimes and/or crimes against humanity. Each time an area changed hands those in charge would try and kill or displace as many civilians as they could, based on their ethnic identity.

The report contains harrowing accounts of pro-opposition civilians killed by being burned alive, suffocated in containers, shot, hanged from trees or cut to pieces. One woman had been stripped naked and raped by five soldiers in front of her children on the roadside and then raped by more men in the bushes, only to return and find her children ing; another was tied to a tree after her husband was killed and had to watch her 15-year-old daughter being raped by ten soldiers.

Children have borne the brunt of the violence, being maimed, raped, recruited for hostilities and killed throughout this conflict, but there was a sharp increase in reported violations in 2015.

Also in 2015, at least seven journalists were killed and many activists arrested. “Civil society activists, human rights defenders, humanitarian actors, journalists and print media and even UN staff members have been the subject of threats, intimidation, harassment, detention and in some instances death by the Government,” the report says.

The report also highlights the considerable challenges to administering justice in South Sudan, citing “a chronic failure to ensure a modicum of accountability…with grants of amnesty or immunity being the norm.”

The report recommends that the Human Rights Council continue to monitor developments in the country and consider the establishment of a dedicated mechanism to report on progress towards accountability and on the human rights situation there.

The report also calls on the Transitional Government of National Unity – once established – to stop current violations and abuses of the rights of children, prevent their recurrence, eliminate sexual- and gender-based violence, promote and respect the role of civil society, and guarantee the freedoms of opinion and expression, and of peaceful assembly.

Briefing the press at UN Headquarters in New York, Assistant Secretary-General for Human Rights Ivan ŠimonoviÄ‡, said that the report goes beyond simply listing violations by highlighting the need to break the cycle of violence historically taking place.

One of the major problems is that “rape is accepted” in South Sudan, said . ŠimonoviÄ‡, who recently visited the country. “Rape is happening in the presence of family members and women are forced to march the street naked,” he added.

Stressing the importance of bringing perpetrators to justice, he said establishing a hybrid court consisting of domestic and foreign judges, as agreed in the August 2015 peace accord, is a good starting point for accountability.

David Marshall, coordinator of the UN human rights assessment ion to South Sudan, told the same briefing that the Government undertook a “scorched-earth” policy – a military tactic involving deliberate and usually widespread destruction of property and resources so that an invading enemy cannot use them. The military leaders who committed atrocities should not be part of the transitional Government, he said.