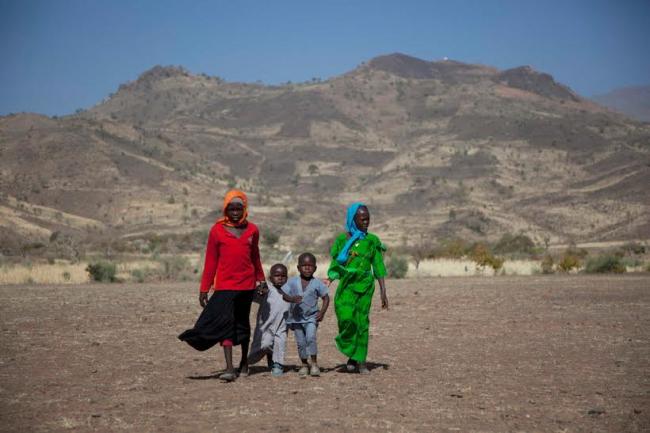 “There is no military solution to the conflict in Darfur, and [we] call on all parties to engage in earnest in negotiations for a cessation of hostilities leading to a peaceful settlement of the conflict,”  Ban said in a joint statement with Nkosazana Dlamini-Zuma, Chairperson of the African Union (AU) Commission.

The upsurge in fighting between the Government of Sudan forces and the Sudan Liberation Army/Abdul Wahid, in the Jebel Marra area of Darfur is taking a toll on civilians.

Since the outbreak of violence six weeks ago, over 90,000 civilians have been displaced in North Darfur, in addition to 2.6 million already displaced by the conflict. There are also unconfirmed reports of significant numbers of displaced people in Central Darfur which humanitarian organisations have been unable to verify due to access restrictions.

Ban and Ms. Dlamini-Zuma called on the Government to fully cooperate with the UN-AU Mission in Darfur (UNAMID) to facilitate its freedom of movement, as well as that of the humanitarian actors in their continued efforts to protect and provide assistance to the civilian population affected by the fighting.

They also reiterated their support to the AU High Level Implementation Panel for Sudan and South Sudan, as well as to UNAMID, in their relentless efforts to facilitate the peace process.